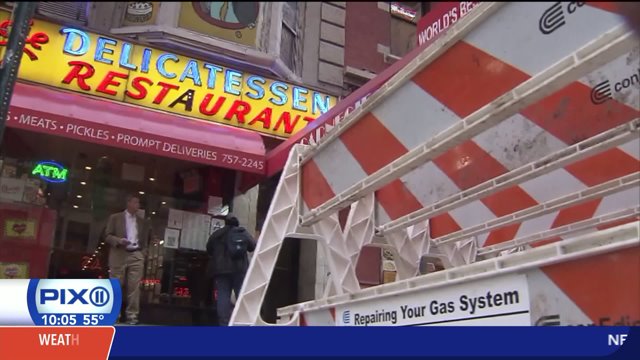 A recording at the restaurant's phone number Saturday says, "We are currently closed due to Con Edison repairs."

Investigators from the city Buildings Department and the Manhattan district attorney's office have stepped up their inspections of gas hookups since an explosion in the East Village killed two people on March 26.

Authorities believe the East Village blast may have been caused by someone improperly tapping a gas line.

The Carnegie Deli is a popular tourist destination known for its massive pastrami sandwiches.

Scenes from Woody Allen's "Broadway Danny Rose" were shot there.