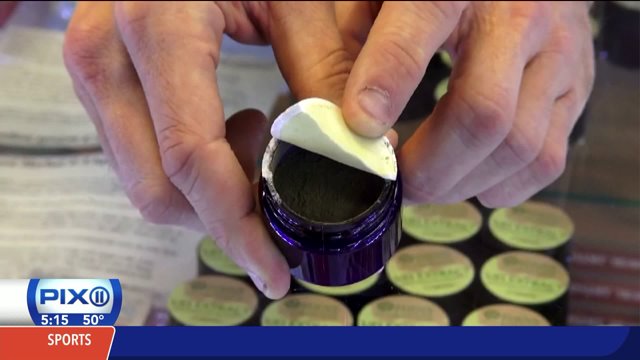 NEW JERSEY (PIX11) -- A New Jersey lawmaker is taking aim at a new drug that he calls the latest craze. It’s an herb that comes from the same family as the coffee tree.

Many are unfamiliar with it, but the Drug Enforcement Administration has it on their watch list.

According to the agency, Kratom taken in low doses can give you a boost, making people feel more alert. But taken in high doses, the DEA warns, it can act like an opioid, making you feel euphoric and addicted.

“They should get rid of it,” said Brick resident Hannah Hall, “There are people getting high around here. Kids are dying.”

Ocean County is currently in the throws of a heroin epidemic. The County Prosecutor has made it a priority to fight the supply chain funneling into Jersey shore communities.

But not everyone connects Kratom to the cycle of addiction. The owner of a Brick head shop that sells the herb says customers have told him time and time again how it works to decrease pain. He even produced a lab test that he says proves the supplement is safe in small doses. He refuses to sell anything to young people under age 19, and says he limits how much any customer can buy in a given day.

What’s alarming to one Ocean County doctor is how elusive the herb can be on drug tests, unless you are testing specifically for it. Dr. John Infantolino, an addiction specialist in Brick, N.J., says he’s been finding it in the systems of patients struggling with drug dependency.

This doctor’s story is what inspired Republican Assemblyman Ron Dancer to write the bill to ban it. He plans to introduce it on May 7th.

“I believe we need to get ahead of the curve. And we need to ban this as soon as possible. There is no research that this drug has any medicinal benefits,” said Asm. Dancer.

“I think it could be pitfall for someone who is still in the throws or the cycle of addiction,” said recovering addict, Ryan Larson, “People with addictions, don’t really need anything else to get them high.”

But Kratom may be getting more popular.

This year, the FDA issued an alert for Kratom. Warning it’s been increasingly shipping in bulk to the United States.