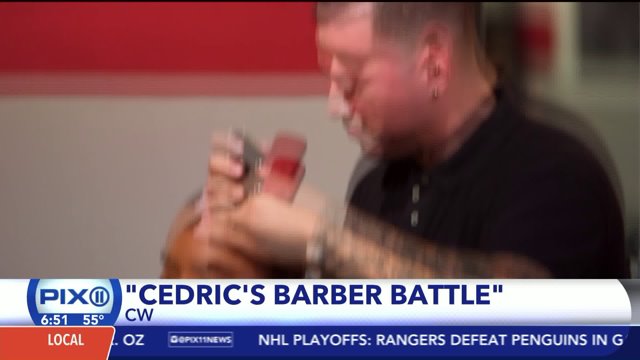 Comedian Cedric the Entertainer chats about his new reality that challenges barbers to fast cuts and fast talk.

CEDRIC’S BARBER BATTLE, an all-new reality competition series hosted by actor and comedian Cedric The Entertainer, sets out to capture the unique culture that exists in barbering communities across the country.  Blending craft with comedy, CEDRIC’S BARBER BATTLE will visit different barbershops in communities, including Los Angeles, Queens, Harlem and Austin, where the best barbers will go head-to-head in a hilariously unfiltered, no-holds-barred arena.  Creating hair sculptures that feature elaborate designs, ranging from images of a person’s face to grand cityscapes, the barbers will use nothing more than their clippers and a few coloring tools to create intricate works of art that are both imaginative and location-centric.  Episodes will contain two challenges: a “buzz cut” challenge, set inside an iconic barbershop, and an outdoor “cut down” challenge, located at a regional landmark in each city.  At the end of each episode, a champion will be crowned. The panel of judges, also known as “The Cutting Board,” is made up of renowned celebrity barbers including Curtis Smith, Rich the Barber, Bashan “B.G. Cutta” Gibbs and famed instructor Lena Piccininni.