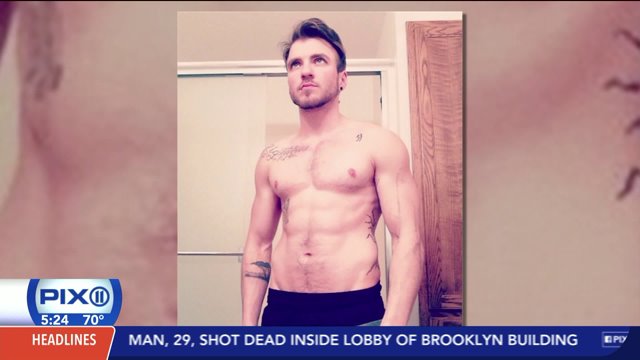 The 27-year-old is incredibly fit and rocks a body most guys would love to have.

The one thing that separates him from his competition is the fact that he’s a transgender male, who went on a journey five years ago to achieve what he has today.

The Long Island native who now resides in Oregon with his wife of three years, documented his transition from female to male on YouTube.

His video uploads eventually budded into an outlet geared toward transgender individuals looking for fitness advice.

“The cool thing with training is that it's universal, it doesn’t matter who you are and where you come from,” he said. “A really small guy can relate to a really big massive guy because they’re both training. “

If he wins the Men’s Health contest, Dowling will be the first transgender man on the cover of the magazine -- a feat that would celebrate the man he aimed to be five years ago.

“There are going to be people out there who are going to pick up the magazine and don’t know that I am trans and look into it and be like ‘oh my gosh,’” he said. “Maybe their thought or perception of what they thought transgender was or wasn’t may just be changed into [where] its kind of normalized.”

In a statement to PIX11 News, a spokesperson for Men’s Health said they are:

“excited that the Ultimate Men’s Health Guy contest is resonating with so many people.”

“Men's Health is a profound agent of positive change in the lives of all men; we transform, improve, and even save the lives of our readers. We can't wait to see how Aydian finishes with the reader vote, and how he fares with our panel of judges.”

To vote for Aydian, visit the Men’s Health website at http://ultimateguy.menshealth.com/entry/347/