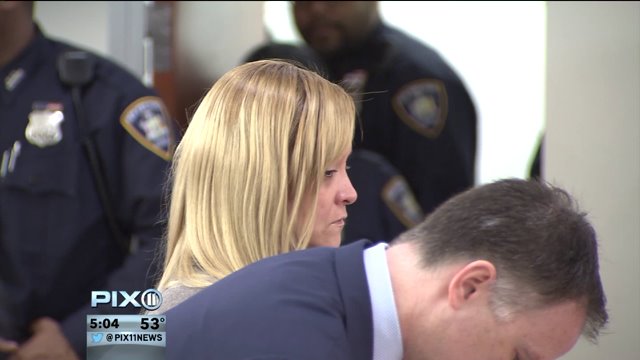 A serial bridge accused of trying to wed a man her 10th groom in a little over 10 years even though she hadn`t divorced all her previous husbands pleads not guilty Friday in a Bronx courtroom, the county`s district attorney`s office said.

BRONX, N.Y. (PIX11) -- A Bronx woman accused of marrying 10 men over the span of 11 years was arrested for not paying for a subway ride.

Police arrested 38-year-old Liana Barrientos after she went through an emergency exit to board the subway at the 149th Street Grand Concourse station Friday afternoon.

Barrientos, along with a family member, were returning from the Bronx County Courthouse after she pleaded not guilty to offering false instruments for filing.

For Friday's incident, she was arrested and charged with theft of service and criminal trespass.