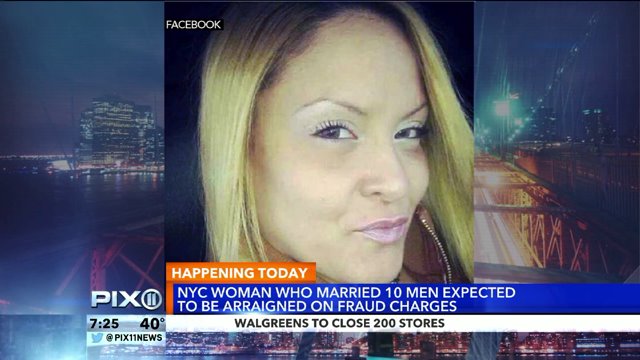 THE BRONX (PIX11) -- A New York City woman has been charged after authorities in the Bronx uncovered she had been married 10 times -- but had never filed for a single divorce.

Liana Barrientos, 38, has been charged with filing a fraudulent marriage license application, according to a criminal complaint. The Bronx District Attorney says Barrientos' last marriage was in 2010, but before that, she was married nine other times -- six of those marriages in a span of just six months in 2002.

In the complaint, the DA charges that Barrientos "stated in sum and substance that she and Mr. Salle Keita were married in Bronx County on March 4, 2010" and that it was "her first and only marriage." Barrientos filed marriage licenses in the Bronx, Westchester, Rockland County and Long Island.

Barrientos was arraigned on Nov. 6, 2014 and released on her own recognizance. She is due back in court Friday.