‘Inside Broadway’ program connects NYC schoolkids with the theater 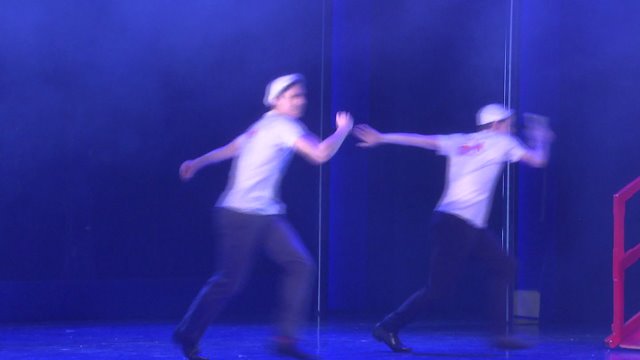 PIX11`S Narmeen Choudhury introduces us to one local program connecting NYC school kids to the theater.

Nine-year-old Giana is having a helluva good time.

“I’ve seen singing and all of the things that happen backstage,” she said.

Related: Backstage on Broadway: Tony-winning Michael Rupert talks journey to 'On the Town'

“I’m having fun!” Farrah, another student taking part in the program, added.

It's a program made possible through "Inside Broadway," a non-profit organization that exposes New York City schoolkids to the theater.

“We want children to understand that in addition to acting there are also many other jobs connected to the theater industry,” Michael presser, founder and executive director of Inside Broadway, said.

“I’ve learned some of the jobs," Giana said. "I’m kind of convinced that I want to apply for them when I get older.”

“It’s educational, we get to learn," Ashley, a student participating in the program, said. "And we get to bring all of the stuff we learned here back to our school to make our performance better.”

And the kids at P.S. 77 are putting those lessons into action.

“We’re doing Ozmania,” Rhian, one of the students, said.

“It’s a mashup of The Wiz, The Wizard of Oz and Wicked,” Zachary, another student, explained.

“I think I am very lucky because not a lot of kids get to do these things,” Rhian added.

“My favorite part is hanging out with my friends," Ethan, a student, said.

But it's about more than just having fun.

“I’ve learned a lot actually,” Ridha, one of the student, said. “Inside Broadway, it helps develop your talent and skills as a singer and dancer.”

“The academics take up so much of the day," Michael Godspiel, the school's principal, said. "But Inside Broadway, what it gives us is, it supports teaching to the whole child.”

So from the school play to the Great White Way, kids of all ages are getting a taste of the bright lights of Broadway.

“If I wasn't here, I wouldn’t be this happy in my life,” Zachary said.

“I just want to give two thumbs up to the people who worked on this,” Giana added.