Selena murdered 20 years ago: What you may not know about her 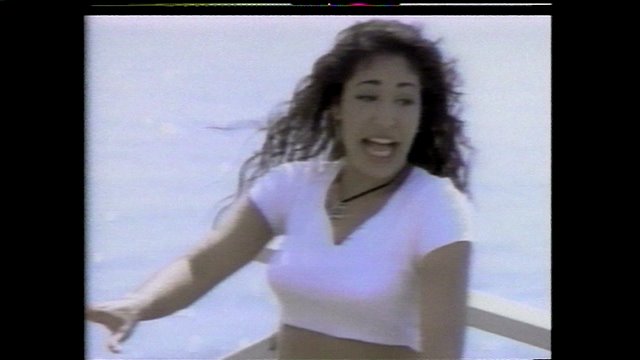 (CNN) -- When Selena was breaking concert attendance records at home and abroad, there weren't a lot of crossover pop stars who looked like her in the United States.

There was Rita Moreno and Gloria Estefan and ... well, that's about it.

The March 31, 1995, death of the Mexican-American singer plunged many Latino listeners into mourning and brought her music to the attention of English speakers who would soon become fans.

Selena Quintanilla-Perez started singing the Tejano music that eventually made her famous in her father's restaurant in Lake Jackson, Texas. Her father Abraham taught the family band and named them Los Dinos after his own group from earlier years. Selena's brother, A.B., played bass, and her sister, Suzette, played drums.

When the family moved to Corpus Christi, the group started getting gigs at local parties and weddings.

Selena was only 15 when she won female entertainer of the year at the Tejano Music Awards. That got her a record contract, and several albums followed. She eventually married her guitarist, Chris Perez.

In 1994, she won a Grammy for best Mexican-American album for "Selena Live!" and seemed poised for mainstream stardom.

When the president of Selena's fan club shot her to death the following year in a Texas motel room, her first English-language album was months from release. Her death made international headlines, and her funeral drew 60,000 mourners.

Twenty years later, her influence is still being felt. Her official Facebook page still has more than 2 million likes, and fans are remembering the singer who crossed barriers and made them sing and dance to her blend of Tejano music. Fans will celebrate her life and legacy at the commemorative Fiesta de la Flor in Corpus Christi in mid-April.

Here are five things you may not know about Selena.

Selena had to learn Spanish.

A third-generation Texan of Mexican descent, Selena didn't grow up speaking Spanish. Neither did her husband, Perez, who played guitar in her band and fell in love with her on the road.

In his book, "To Selena, with Love," Perez said they practiced speaking Spanish before their first big publicity blitz in Mexico. "In Mexico, Selena mangled her conversations in Spanish like the rest of us, but not for long."

"She said, 'It'll be cool. You watch. I'm going to learn Spanish and surprise everybody,' " Perez wrote. "She got better and better, to the point where I'd have to ask her to slow down so that I could understand what she was saying."

She sold out the Astrodome.

Selena performed several times at the Houston Livestock Show and Rodeo at the Astrodome to sold-out crowds of more than 60,000 people. (It wasn't just any rodeo: Elvis Presley, Michael Jackson and the Osmonds have all played the event.)

"We had 20 performances this year," Leroy Shafer, assistant general manager of the show, told the New York Times in 1995. "We had Reba McEntire, George Strait, Clint Black and Vince Gill. She had the highest-selling show concert at our show this year, at 61,041 in the Astrodome."

Her 1995 crossover album, "Dreaming of You," went to the top of the Billboard 200 the first week it was released. She was the first Latin artist to debut atop the list.

"There were supposed to be 14 tracks, but we had only recorded four of them, so we put together a tribute album of new and old songs," Nancy Brennan, then vice president of A&R at EMI, told Texas Monthly. "Making that album was the most difficult thing I have ever had to do, because we were listening to her voice all day and crying as we were mixing the songs."

Starring as Selena in the 1997 movie of the same name, Jennifer Lopez became the first Latina actress to be paid $1 million for a movie role. Lopez was nominated for a Golden Globe for her performance.

"Getting to play the part of Selena was life-changing for me," Lopez told Para Todos magazine. "I got to immerse myself in her life, got to know her family, her home, her culture ... every part of her story. It was a special time in my life both professionally and personally. Playing her not only opened doors for me in the film world, but it inspired me to start my own music career. In a lot of ways, I wouldn't be where I am today if I hadn't had that experience."

Selena's killer is eligible for parole in 2025.

Yolanda Saldivar, the president of Selena's fan club, was sentenced to life in prison in October 1995 for Selena's murder. Saldivar must serve at least 30 years of her sentence before she is eligible for parole.

Selena was meeting with Saldivar at a Corpus Christi motel to discuss her concerns that Saldivar had embezzled money from her when Saldivar shot her, according to trial testimony. Saldivar argued that she accidentally fired the shot, but the jury didn't buy it.

Estella Leak, right, and her sister Olivia grieve at a memorial tribute for the slain Grammy-winning pop star Selena on April 2, 1995 at the Los Angeles Sports Arena, several days after the star's murder. (AFP/Getty Images)