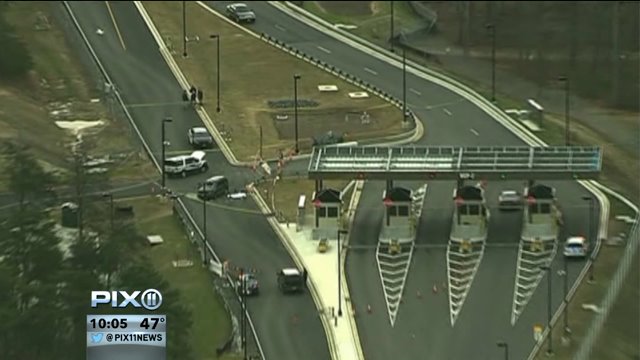 FORT MEADE, Md. (PIX11/CNN) — Two people were shot after they attempted to ram through a security gate outside the National Security Agency headquarters at Fort Meade, officials confirmed.

According to CNN, an NSA officer shot one of the men dead and seriously wounded a second.  Both men were disguised as women, wearing wigs and driving a stolen Ford Escape, according to law enforcement officials.

Local news footage of the scene shows a black SUV with what appears to be a body covered by a white sheet lying outside the driver’s-side door of the vehicle.  The shooting happened at a gate far from the main buildings, according to officials.

Fort Meade is located in Anne Arundel County and employees roughly 11,000 military and 29,000 civilian workers.  It is also home to 6,000 people who live on the base.  Along with the NSA, Fort Meade encompasses multiple Defense Department agencies and 95 units from all branches of the armed forces.

This is the second incident in a month at Fort Meade.  At the beginning of March police arrested a former state correctional officer suspected in multiple shootings, including one in which a bullet hit an NSA office building.

Officers arrested 35-year-old Hong Young after matching his car to one spotted in surveillance video.  A gun found in the car matched evidence found in other locations.  Police ruled out terrorism in the case, but haven’t yet identified any motive.