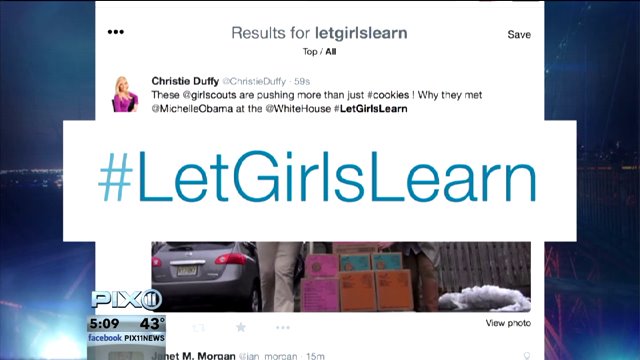 Six young girls from New Jersey were chosen to meet the first lady at the White House as part of her #LetGirlsLearn initiative.

NEWARK, N.J. (AP) — Michelle Obama mixed her message of education for girls with one of empowerment for black women, declaring “Black girls rock!” at the annual awards show of the same name.

The first lady wasn’t one of the honorees Saturday night but was the most heralded participant at the 5th annual event. It honored Jada Pinkett Smith, Erykah Badu, Cicely Tyson, Ava DuVernay, Nadia Lopez and Helene Gayle.

Obama told the audience, which included many young black girls, to ignore voices that suggested that they were “not good enough.”

She celebrated the achievement of three young black women also honored and said education was the key to their success.

Obama went to Princeton and Harvard. She said she wouldn’t be where she was had she not taken her studies seriously and implored young black people to do the same.