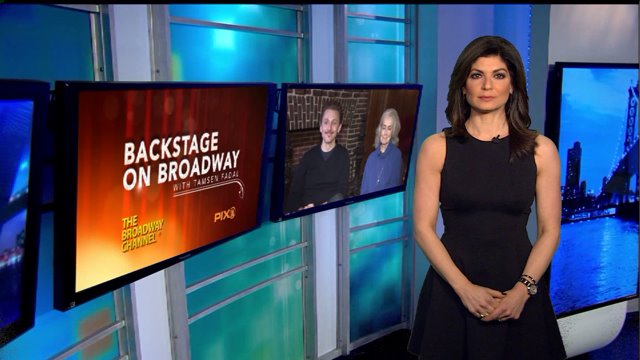 In this week`s Backstage on Broadway, PIX11 News sits down with actors Mary Beth Peil and Jason Danieley to talk about their new show, The Visit.

She plays the mother-in-law fans love to hate.

“I just shot a scene this morning!” she said.

Now you can also see her on the Broadway stage in The Visit.

“It’s complicated," she explained. "Every one of the characters has fatal flaws.”

The musical stars legendary Tony winners Chita Rivera and Roger Rees in a story about love and revenge.

“I’m the other woman," she smirked. "I’m Chita’s well actually, she’s my nemesis.”

A show, written by Terrence McNally with music and lyrics by the iconic duo John Kander and Fred Ebb, more than 14 years in the making.

“Mary Beth and I worked together 21 years ago,” Danieley remembered. "It was a musical called Floyd Collins, We did the world premiere in Philadelphia together.”

His love of music has always been a big part of his life.

“I started singing when I was four years old in my dad’s church," Danieley said. "He was a preacher so the marriage of text to a ritual and the theatricality was instilled early on.”

And it's the music that seems to make this show special.

“It’s kind of, for me, the best theater, it’s highly stylized but real," Danieley said. "But all layered over this gorgeous, luxurious, beautiful, wonderful to sing soundtrack,” Peil added.

The Visit also makes for some good laughs.

“It's not comedy for comic relief's sake," Danieley explained. "But almost a ridiculousness of how people act."

"People will recognize themselves whether they laugh out loud or to themselves because it’s human,” Peil added.

But it's the fun backstage that shows us how human these actors really are.

The Visit begins previews tonight and officially opens on April 23.