Should bystanders be obligated to help crime victims? 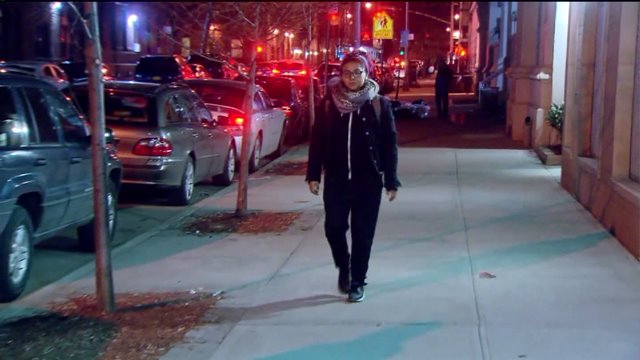 Elisa Lopez is in the unique position of being able to watch one of the most traumatic experiences of her young life on demand.

HARLEM (PIX11) -- Elisa Lopez is in the unique position of being able to watch one of the most traumatic experiences of her young life on demand.

“People have fallen into the internet hype. Being able to Google my own assault,  and seeing what people say about it online - it made me sick,” said Elisa. She’s referring to a video clip that went viral back in October, 2012,  when the man sitting next to her -- a complete stranger -- was caught sexually assaulting her as she slept on the No. 4 train.

The suspect, identified by police as Carlos Chuva, was just arrested last week -- almost two and half years after the fact. Elisa is still infuriated over the fact that rather than stop the Chuva from groping her, the sole person to do anything, Brooklyn resident Jasheem Smiley, chose to record the incident first.

“There were ten other people on the train with me, but I'm the only one who took charge,” Smiley told PIX11 back in 2012.

“What’s the point of being a human being, if you can’t help somebody else?” said Elisa.

More recently, dozens of people, including a few adults – either just stood and watched, or hit record on their cell phones as a group of teenage girls brutally beat another girl.

“There’s actually a lot of things you can do to intervene in order to stop the violence without the superhero tights, by putting down your smartphone, and being an active bystander,” said Emily May.

But criminal defense attorney Adam Thompson and city councilman Jumaane Williams both say  that kind of legislation could put New Yorkers on a slippery slope.

“I would be careful on legislating morality. It’s a very difficult thing to do. We need to try to change people’s perceptions on things. I think that’s a better way to go,” said Councilman Williams.

“You have no legal obligation to intercede, when you observe something like this going on. I would hope in this day and age, that people would do the right thing,” said Thompson.

For sexual assault victim Elisa Lopez, it’s a no brainer.

“I want’ to serve as an example to other victims to step forward. And i know it can be scary. Just know you can step forward,” said Elisa.