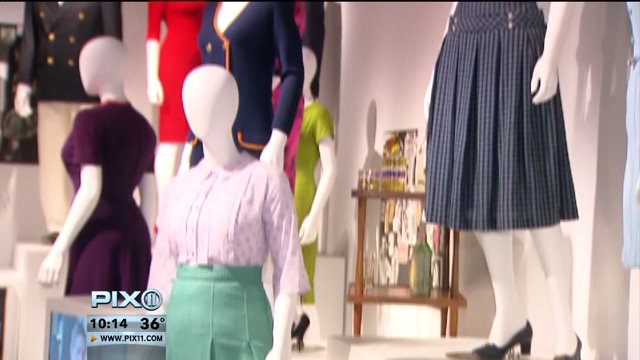 New Mad Men exhibit opens at the Museum of the Moving Image to celebrate the series finale.

ASTORIA, Queens (PIX11) -- At the Museum of the Moving Image in Astoria, Queens, the exhibition, "Matthew Weiner's Mad Men" is open to the public, just one of the events in New York City celebrating the AMC series before it comes to a conclusion.

"There are over 33 costumes in the exhibition, we're really excited to have them, and all the props and the other things that were seen on screen," said curator, Barbara Miller.

Separately from the exhibition, AMC and NYC & Company announced "Mad Men Dining Week". According to a press release - 34 NYC restaurants are taking part in the promotion for the "era-appropriate price of $19.69."

"It's an interesting story to follow, you get to know the characters really well," said Andrea Samuel.

According to a press release from NYC & Company, "Mad Men Dining Week" participating restaurants include:

The dining deals kick off on Monday, March 23rd.