Woman behind Eric Garner video claims she was targeted, beaten by cops 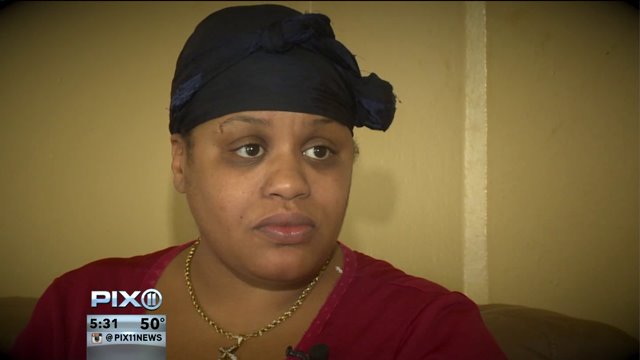 Taisha Allen claims her connection to the Eric Garner case made her a target for police.

STATEN ISLAND (PIX11) --  Taisha Allen claims her connection to the Eric Garner case made her a target for police. She says that her injured arm and several bruises are proof NYPD officers used excessive force when they arrested her.

Allen said, "He grabs me, throws me over the gate and beats me with the baton on my back." Allen said her ordeal with police happened about two weeks ago when officers were trying to take a friend of hers into custody.

Allen believes the officers had a problem with her because she recorded and released a video of  Garner once he was down on the ground unresponsive. Allen said, "The officer said, 'you are that little girl from the Eric Garner case.'"

Ironically, someone also recorded what happened to Allen. The video is dark and grainy but you can hear Allen screaming. She explained, "He drags me from the gate then took my arms and said stop resisting arrest."

Both sides agree Allen's friend was walking in a park which is prohibited at night behind her building on Staten Island. Police tell PIX11  the officers were going to simply give Allen's friend a summons but had to take him into custody when they realize he had a warrant for his arrest.

Allen interfered with that arrest so the officers turned their focus on her, they also found out Allen had a warrant too.

The officers who arrested Allen are from a different precinct than those involved in the Garner case so police say there was no connection there. Also police say Allen's injuries happened because she was out of control, that she pushed an officer and threw herself over a fence to avoid being arrested.

Days after the incident, police arrested Allen again for assault in a different case. The NYPD is investigating Allen's allegations.