Caught on camera: Children help save their baby brother from would-be kidnapper 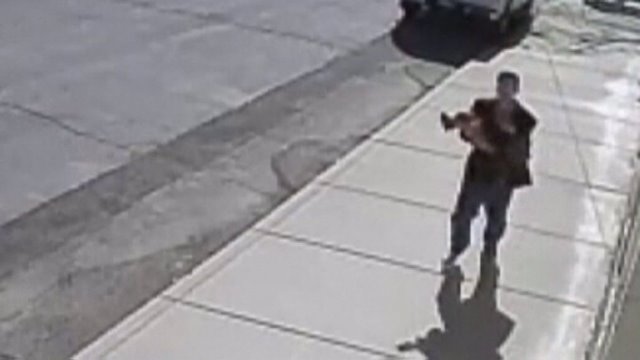 SPRAGUE, Wash. (PIX11) -- Two young siblings and two high school students are being praised as heroes after helping rescue a toddler from from the clutches of a would-be kidnapper in a Washington park.

Three siblings were playing in Sprague Park Sunday about noon without their parents when a man approached them, making small talk, Sheriff Wade Magers from the Lincoln County Sheriff's Office told PIX11 News.

While the 8- and 10-year-old were standing by a nearby gazebo, the culprit grabbed their 22-month-old brother and ran north out of the park. The toddler's siblings chased after the abductor, while screaming out, Magers said. Two high school-aged boys nearby noticed the commotion and ran after the man themselves.

Once the man noticed he was being chased by older boys, he put down the child about 70 yards away from where the siblings were originally playing. The older boys retrieved the toddler and brought him back to his family, while the would-be kidnapper kept running, Magers said.

The culprit is believed to be 6 feet tall, between 20 and 30 years old with a mustache. He was wearing a brown or black jacket with an open collar and blue jeans at the time of the attack.

No arrests had been made as of midday Tuesday, Magers said.