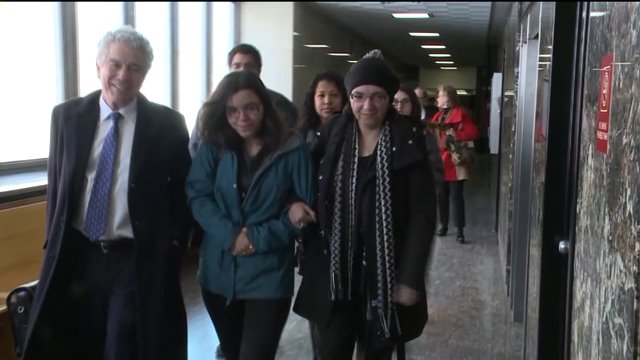 After five weeks of the prosecution presenting their case, including the 54 year old describing on videotape to NYPD detectives that he killed the 7 year old in the basement of a SoHo bodega, Fishbein opened up the defense`s case with Hernandez`s daughter, Becky.

Five words is all it took for Harvey Fishbein to describe his turn at trying to convince a jury of 7 men and 5 women that his client, Pedro Hernandez, is not responsible for the disappearance and death of Etan Patz in 1979.  After five weeks of the prosecution presenting their case, including the 54 year old describing on videotape to NYPD detectives that he killed the 7 year old in the basement of a SoHo bodega, Fishbein opened up the defense's case with Hernandez's daughter, Becky.

The 25 year old broke down during testimony when discussing what she described as her father's mental issues, including the times the family would have to wake Hernandez up after screaming in his sleep, or listen to him describe seeing people that did not exist.

All of this was leading up to testimony set for Tuesday by noted clinical psychiatrist and Columbia professor Dr. Michael First.

"There are two aspects to this case. There is the discussion of what is the mental status of my client and of course there is the Jose Ramos aspect to this case," said Fishbein during the lunch recess.

Ramos is the man that for years was the prime suspect in the disappearance of Patz.  In 2004, the Patz family won a wrongful death civil suit against Ramos. In addition, the strategy by Fishbein to convince the jury that his client suffers from a condition that is connected to schizophrenia.

The defense attorney also tells PIX11 News that he is also placing the focus on Ramos, who is a convicted pedophile and is currently incarcerated.