Community on alert after men try to enter Brooklyn synagogues 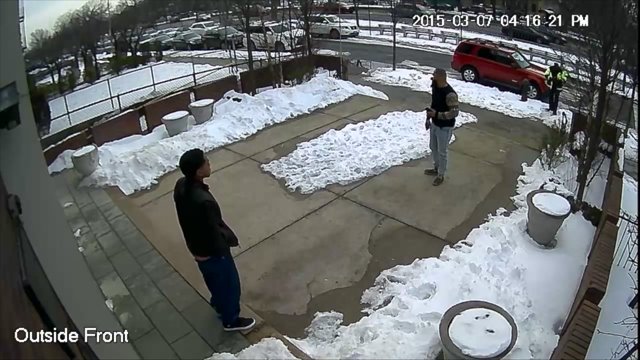 The NYPD`s anti-terrorism unit is stepping up patrol in Brooklyn after police say two suspicious men attempted to enter a synagogue in the Flatbush section of Brooklyn Saturday.

BROOKLYN (PIX11) --Police have ramped up security in a Brooklyn neighborhood where two unidentified men were seen taking pictures and trying to gain entrance to two synagogues.

Surveillance video shows two men walking up to the front of Congregation Bet Yaakob at 1801 Ocean Parkway in Midwood around 4:15 p.m. yesterday. One man appeared to begin to take a picture or videotape the other man in front of the synagogue when a private security guard stopped them. They had a brief discussion and then the two unknown men left.

Assemblyman Dov Hikind (D-Brooklyn), who represents the district where the synagogues are located, said about an hour later, the same men showed up at Congregation Beth Torah at 1061 Ocean Parkway, trying to gain access.

“One of them sat in the car and one of them got out, and the security guard confronted him,” said Hikind, who is working closely with the NYPD.

Police would like to talk to the men to find out why they were at the synagogues trying to take pictures.

“At one location, they actually told a security guard they’d like to see a prayer. If anybody buys that I’ll sell them the Brooklyn Bridge,” said Hikind. “We just want to get to the bottom of it. Who are they, what’s their background, what are they involved in and what were they doing at these different synagogues.”

“Was something amok? Was something awry? We just don’t know yet,” Sen. Chuck Schumer said, when asked by reporters about the incidents. “But we do know one thing—in an era of lone wolf terrorists, you can’t be too careful.”

Police said a blue sedan was seen at the second synagogue the men were at. But they would not confirm a published report that the car had expired Delaware license plates.

Surveillance video, including video from the many cameras Hikind had installed in Midwood and Borough Park, are being reviewed by the NYPD.