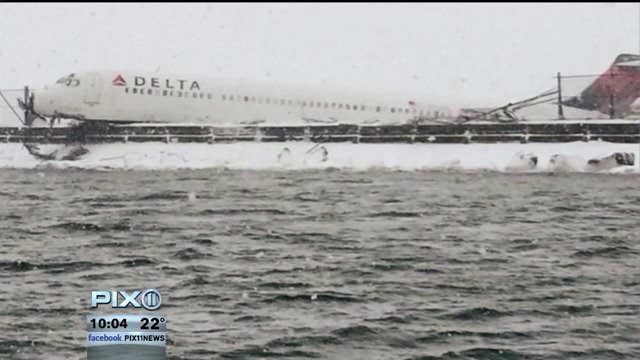 Over the past 12 months, there have been several high profile incidents involving planes. 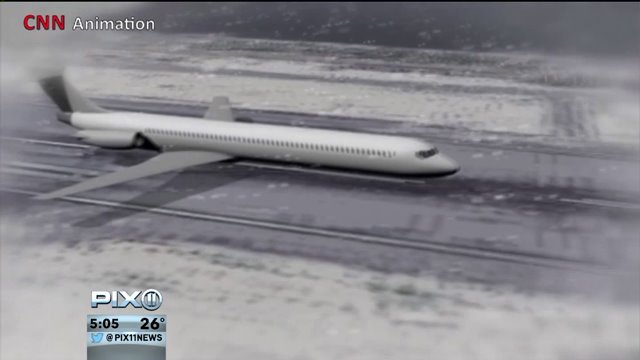 NEW YORK (PIX11) --  "It's basically every element of it was on the edge. As close as you, within legal but just barely," that is aviation attorney Justin Green's perspective after gathering more details surrounding Thursday's crash landing by Delta Flight 1086 at LaGuardia's Runway 13.

A crash that like nearly every other one in aviation is produced as a result of a chain of events. For Green, a pilot, former crash investigator and survivor of an Eastern Airlines crash in Florida in the 80s, everything he has seen thus far, including flight plan conditions on Thursday that called for "freezing fog," points to the landing being complex but not having any legal issues.

"So far what I see it is legal," said Green. "The question is I think whether it was a careful thing to do or a careless thing to do to allow operations to this runway."

Overnight, the National Transportation Safety Board had the jetliner lifted off the edge of Flushing Bay and transferred to a hangar.  The investigation will eventually produce and official report which is expected approximately in 12 to 18 months.  Green says that the NTSB will scrutinize the conditions and decisions made. However, Green does question the reported actions of officials keeping Runway 13 open based on other pilots reporting on the experience of their own unique landings just minutes earlier.

"You don't just basically allow planes to land and if a pilot says yeah it's good to go, yeah keep the runway open," said Green. "You need to do more than that."

Regarding the closure of Runway 13, who would have been responsible on that front? "The Federal Aviation Administration," Green said adding, "Air Traffic Control in the tower will say we are not allowing operation at this runway given the weather conditions at this time."

It is important to note that for Green, the crafted language not only put out by Delta regarding its plane exiting the runway, but also the Port Authority's executive director categorizing a dangerous fuel leak as "minor" simply show parties involved taking protective measures just hours after the lives of 132 people lives were in the balance.

"This was an accident. This wasn't the exit of a runway and as far as the Port Authority is concerned let the NTSB do their investigation," said Green. "When you come out and basically give conclusions and opinions within a couple of hours of the accident, you are not helping the investigation. You are basically hindering it."

When asked if there is anything minor about a fuel leak?  "No, never, not in aviation," said Green.

On a separate note, it was reported on Friday that Delta has offered refunds to all of the passengers in involved in Thursday's crash landing.