Backstage on Broadway: Country music’s Jennifer Nettles gets foxy as Roxie in ‘Chicago’ 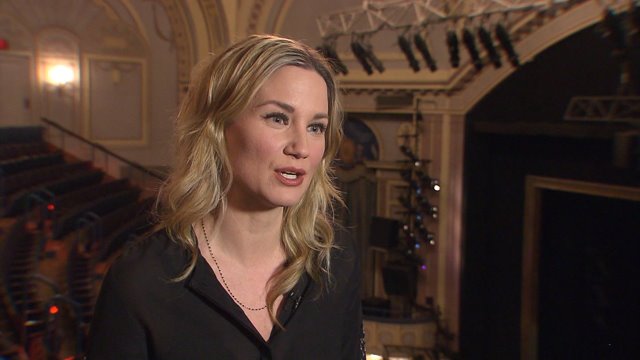 In this week`s Backstage on Broadway, PIX11 News sits down with country music superstar Jennifer Nettles to talk her new theater role, family and growing as an artist.

From the soul of Music City to the heart of the Big Apple.

Jennifer Nettles is rocking every stage!

The country superstar and half of the duo, Sugarland, is now pursuing a different lifelong dream.

She's starring on Broadway as the fabulous femme fatale, Roxie Hart, in Chicago.

"Being on Broadway is a lifelong dream," Nettles said. “Roxie is hysterical, of course, she’s crazy but lovable at the same time, and there’s a lot of that I relate to."

The perfect role at the right time. Nettles is in between record cycles.

“It allowed me to take a pause and go wait a minute I have choices here," she explained. "I have a choice on what I want to do.”

A choice inspired by her two-year-old son Magnus.

“Having a child allowed me to feel a bit more courageous, and a bit more confident in certain ways," Nettles said. "[It] allowed to me take some chances in my career I wouldn’t have necessarily done.”

“We’re having fun going to the Museum of Natural History and seeing the elephants and the dinosaurs," she smiled. "[Those] are his two favorites. There’s a lot of growling going on in my house right now.”

“To be part of a show that’s so established is something that felt really smart and comfortable for me," she explained. "I didn’t want to come in and be like, 'Oh it’s my first time on Broadway and I’m going to take on an originating role in a totally new show and have it all fall on my shoulders,' no this show can stand on it’s own."

But she has had a bit of a learning curve.

“This is Fosse, and it’s so fun and it’s so elegant and so sexy and so specific," Nettles described. "I love dancing, but I was not a trained dancer, but at the very least

I have been trained for this show.”

As for that country twang?

“When you get branded with that sound, it’s very hard as an artist to expand," Nettles said. “So this for me is getting as a singer to paint with another part of my palette vocally that I love doing.”

Don't worry country music fans, even though Jennifer Nettles has got the Broadway bug, she's not going anywhere.

Nettles is only on stage as Roxie through March 29th at the Ambassador Theatre.