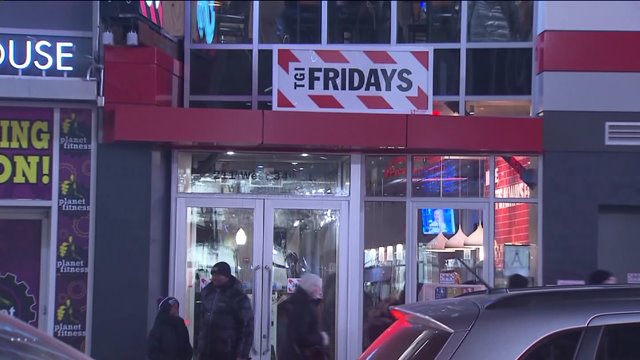 Several former employees of a popular food chain are suing the company saying it`s a case of discrimination.

NEW YORK (PIX11) -- There's something cooking at the midtown TGI FRIDAYS and it's not their endless apps.

Ten former waitstaff have filed a class action discrimination lawsuit against the company claiming that they were fired because of the color of their skin. According to a lawsuit filed against the company by 10 former servers, 30 waiters and waitresses used to work at the old location on 34th Street. Two thirds of the servers who worked there were black.

The waitstaff at the closed location were told they could reapply for their jobs when the restaurant moved but according to the suit just one black staff member from the restaurant was hired when the eatery changed locations. The lawsuit alleges that almost all of the Hispanic workers were rehired.

According to the lawsuit, when workers protested, the manager reportedly told them he preferred Hispanic workers because they "work harder" and he often referred to the old location in a derogatory manner.

Fridays is an at-will company, meaning it can fire anyone without reason but not for illegal reasons such as discrimination. In addition to that it says several former employees involved in the suit had worked for the company for more than a decade.

We reached out to Reise restaurants the company that owns Fridays but have not heard back yet. A spokeswoman did reach out to the Daily News and told them "the restaurant in question has a workforce, including managers, that is more than 80 percent non-white.”

Blit says the former waitstaff are seeking $500,000 for each employee, a total of five million for loss of wages, emotional distress, and punitive damages.