City of Cleveland: Shooting death of 12-year-old Tamir Rice his own fault 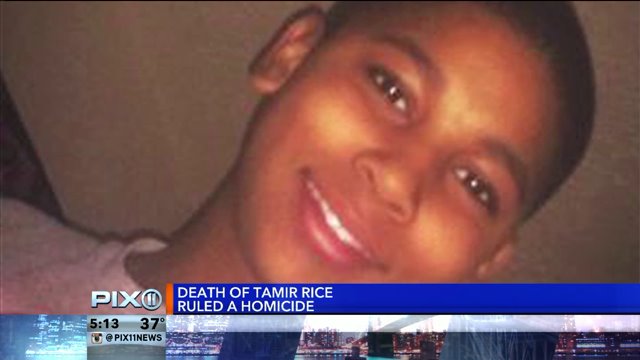 The death of Tamir Rice, a 12-year-old boy who was shot last month by a Cleveland police officer who authorities say mistook the child`s air gun for a real firearm, has been ruled a homicide, the Cuyahoga County Medical Examiner`s Office said Friday.

Tamir Rice, 12, was playing with an airsoft gun when he was fatally shot by a Cleveland police officer. (Photo: Cleveland Police Department)

(CNN) — Pleading innocence, immunity and ignorance, the city of Cleveland responded to a wrongful death lawsuit filed by Tamir Rice’s family by saying the 12-year-old’s death was his own fault.

In November, Cleveland Officer Timothy Loehmann fired the fatal shots at Tamir within two seconds of arriving outside a recreation center where the sixth-grader was playing with a pellet gun.

The city also claims it is entitled to all “full and qualified” immunities under state and federal law.

As to the scores of other allegations in the lawsuit, the city responds by saying that they are untrue, that the independent investigation by Cuyahoga County is still going on, or that the city “is without knowledge or information sufficient to form a belief as to the truth.”

Cuyahoga County’s medical examiner has ruled the death a homicide but has issued no determination as to whether the events that caused the boy’s death constitute a crime.

Cleveland authorities have repeatedly said that Loehmann mistook Tamir's fake gun for a real one.

A witness called 911 on November 22 to say there was "a guy with a pistol" and that although the weapon was "probably" fake, Tamir was scaring people. It doesn't appear the dispatcher relayed the information to Loehmann and Officer Frank Garmback. Video of the incident shows the two pull up on the snowy grass near a gazebo where Tamir is standing. Within two seconds of exiting the police car, Loehmann shoots the 12-year-old.

The boy died the next day of injuries to "a major vessel, intestines and pelvis."

In the video, neither Loehmann nor Garmback appears to provide medical assistance to the boy, and Police Chief Calvin Williams has said that Tamir did not receive first aid until an FBI agent arrived on the scene four minutes later.

An attorney for the Rice family says the city's response to the lawsuit is indicative of well-documented problems within the Cleveland Police Department.

"Their tactics that preceded his death and the subsequent victim blaming are examples of the institutionalized behavior that has beset the Cleveland Police Department. The Rice family's lawsuit seeks to eliminate certain institutional behaviors and practices that have no place in our diverse community."

CNN could not immediately reach the Cleveland Police Department or the Cuyahoga County Sheriff's Department for comment.

A cop, department with histories

In December, the U.S. Justice Department released the results of a two-year investigation that found Cleveland officers use guns, Tasers, pepper spray and their fists excessively, unnecessarily or in retaliation. The police force has used unnecessary and unreasonable force at a "significant rate," employing "dangerous tactics" that put the community at risk, the investigation stated.

It was also reported in December that Loehmann's previous employer, the Independence Police Department in a Cleveland suburb, had numerous complaints about the officer, including that he was "distracted and weepy" and "emotionally immature" and had demonstrated "a pattern of lack of maturity, indiscretion and not following instructions."

He also showed "dangerous loss of composure during live range training" and an "inability to manage personal stress," the department said.

Attorney Benjamin Crump, of Michael Brown and Trayvon Martin fame, is also representing the Rice family, and in December, he called for Loehmann and Garmback to be charged and decried what he said was a police tendency to let grand juries determine whether to charge officers involved in shootings. In Tamir's case, he said, "several things were done inappropriately," which is probable cause to charge the officers.

"There is nothing written anywhere in the law that says police officers are to be treated differently from any other citizen," Crump said. "We cannot have children playing cops and robbers on a playground and police officers coming and claiming their lives."

Loehmann and Garmback have been placed on paid leave pending the outcome of the investigation.