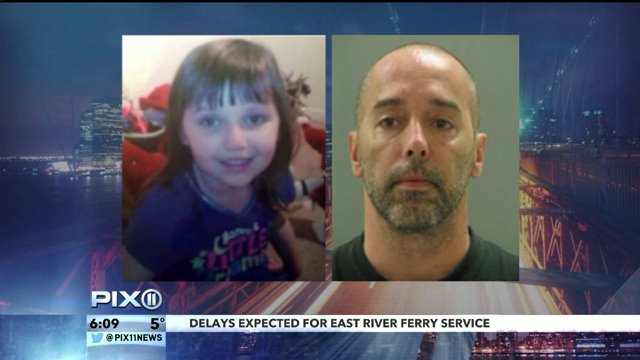 Police in New Jersey and Delaware have issued a Amber Alert Tuesday morning for 3-year-old Elinor Trotta who was allegedly abducted by her father.

(PIX11) -- An Amber Alert has been canceled after a Delaware girl was found safe in Massachusetts, according to the New Jersey State Police.

Just in: Elinor Trotta, 3, and her father have been recovered by police in MA. Amber Alert is canceled. Elinor is safe in police hands.

The search for the 3-year-old in "imminent danger" began after she was abducted allegedly by her father grew to include three states, officials said midday Tuesday.

The alert was activated in New Jersey, Delaware and, now, Ohio. It was canceled as of 4:30 p.m. Tuesday.

It all began when Michael Trotta, 44, of Delaware, allegedly assaulted his ex-girlfriend, who is also the girl's mother in her home in New Castle, Delaware. Trotta then allegedly abducted their toddler Elinor Trotta.

Authorities said the Trottas may be traveling with a woman in a gray Ford Mustang or an older model red Ford explorer.

Trotta is described as 5 feet 8 inches tall and about 160 pounds. He is balding and sports a short haircut, scruffy beard and mustache and was last seen wearing black clothing, police said.

His daughter is about 60 pounds, has brown hair and was last seen wearing a purple puffy coat, pink pants and sneakers branded with the movie "Frozen."

Anyone with information is asked to call 911 immediately.