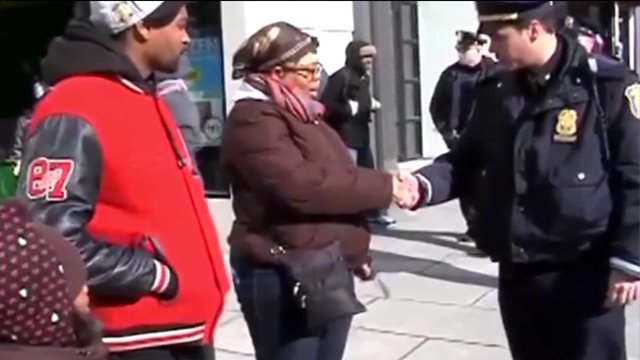 The police department is attempting to build a positive relationship with the community.

"Stop and Shake" is a new campaign the Yonkers Police Department is doing to build the relationship between the community and police.

Yonkers Police Commissioner Charles Gardner tells PIX11 it's the brainchild of a member of the community, an idea to help the misconception about approaching an officer. Gardner said, "The Mayor's office, a community member and the department believe it's a good way to establish relationships with the community which is important."

How it works is, you must approach an officer from the front, keep your hands visible and if the office is doing police work, you never want to interfere with that.

Reggie Bird, a Yonkers Resident said,  "I think it's great. Everyone should get along." Yonkers has had its share of black eyes, complaints of excessive force just like any other local police department.

So,  a simple act like shaking hands may turn things around.