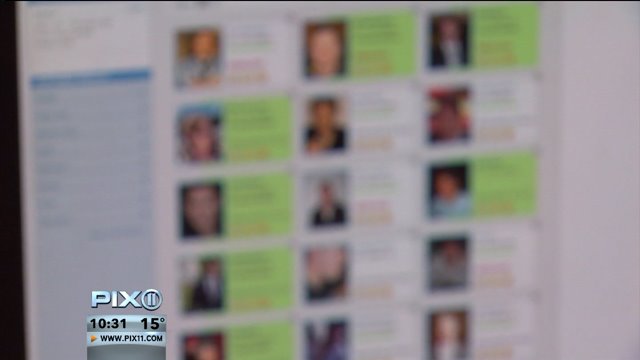 In New York City, all women seem to be empowered when it comes to dating.

NEW YORK (PIX11) -- In New York City, all women seem to be empowered when it comes to dating.

You can meet a match on the street, at a club, or even online. But there’s one final dating frontier that still seems to be taboo.  “We find black women in general are the slowest to acclimate to interracial dating and interracial relationships,” said Allison Kugel.

Kugel works for interracialdatingcentral.com. In recent years, they’ve seen a boost of black women signing up for the site. But those women still struggle with a perceived stigma.  “They will say the black community is very patriarchal so while black men sort of have carte blanche to date whoever they want to date, as black women we’ll get a lot of backlash.”

But Kugel says the black women who are able to overcome their nerves are often able to find lasting love. “Brown skin and darker skinned black women are actually getting asked out quite a bit by Caucasian men.”

And it appears the trend is growing. Kugel says there could be a number of reasons: shifting beauty standards, high profile couples and characters like Olivia Pope on “Scandal.” And even on the TV reality series “Love and the City,” Bershan Shaw found her true match expanding by her horizons.

“I realized I had to step out of the box because dating in New York City was hard,” she said.

For six years she was single. Shaw was a business owner, beat cancer, and was surrounded by great girlfriends – but to find the last piece to her puzzle she had to switch it up.

“I was dating African American brothers, and I love my brothers but it’s just that, it didn’t happen for me. So I just said to myself let me date other and see how it goes.”

And she found that by focusing on a man who would make a good life partner – regardless of his ethnic background. Her dream of finally finding love came true.

We’re all people, we’re all human, we all stem from the same thing. We want love happiness, joy,” Shaw said. “So when I dated other – I found my husband. My husband is white, British, and he lived 10,000 miles away from me and that’s where I found my soul mate .”