Preschoolers’ naps may do more harm than good: study 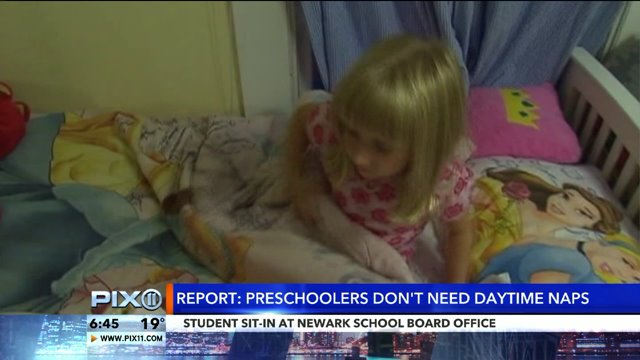 NEW YORK (PIX11) -- Taking naps may be doing more harm than good for preschoolers, according to new research that compiled the results of 26 studies into the daytime sleep habits of children.

By combing through data from more than two dozen studies, researchers with the Queensland University of Technology in Australia  discovered that children who took naps during the day went to bed later and their quality of sleep was diminished. Their findings were published Tuesday in the Archives of Disease in Childhood.

Naps have long been touted as healthy for preschool-aged children -- and helpful for adults watching those children. But these new findings suggest that a midday snooze isn't necessary.

PIX11’s Dr. Steve echoed the study's hesitation to create a no-nap rule from the results, saying it depends on the child. If a preschooler wants to nap during the day and can do so without compromising their bedtime, they should do so.

The study's authors emphasize that their evaluation isn't fool-proof and that more research is needed. They noted that the studies they analyzed did not include data about children’s habitual napping status or the context their naps, but rather relied on parents reporting information about their kids' sleep.

Still, the authors are confident that the general consensus from these studies is that napping is associated with later bedtimes and reduced sleep quality and duration for children older than 2.

How those changes affect a child's health, behavior and ability to learn is less certain.