Future of Parenting: What the classrooms of tomorrow will be like 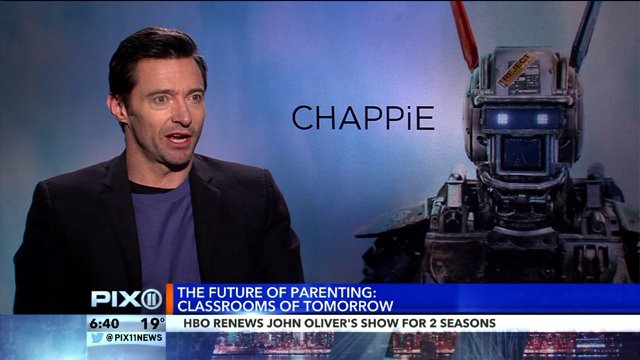 Technology is rapidly changing the world around us, including our children`s classrooms. Father and "Chappie" actor Hugh Jackman is a big fan of the concept. 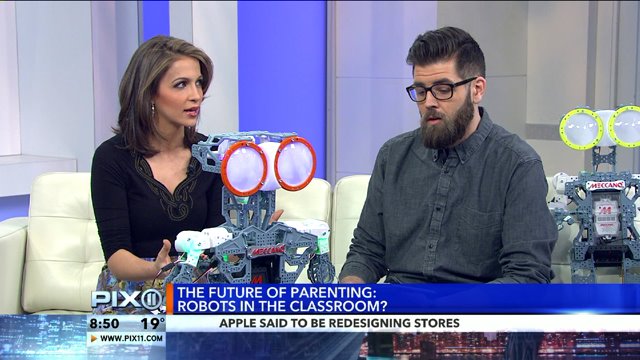 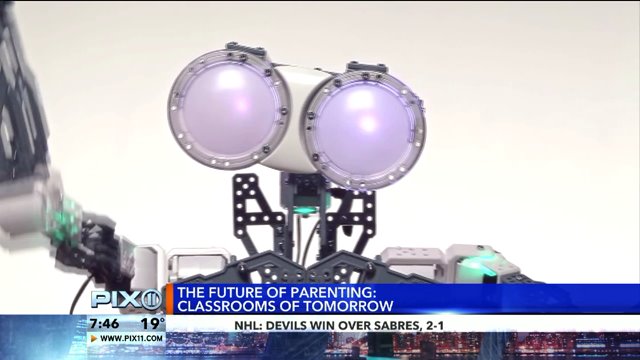 (PIX11)-- “Imagine going back 550 years to Oxford University,” says Chuck Thorpe, Vice President and Provost at Clarkson University, a leading engineering research university in Potsdam, NY, “and the textbook is invented. The faculty are in a panic - who's going to show up to Oxford when they can read all about it in a textbook?"

“There are fads and scares that go through the world of education. There's a lot of speculation about how technology is going to change the classroom,” explained Thorpe. Some, he says, is really interesting. And some is way off base.

So, what will we see in the classrooms of tomorrow?

Robots already allow students to attend school virtually. 3D printers are showing up in nearly every shop class. So what’s next? How will children learn in the classrooms of tomorrow?

"Absolutely what we are looking at is personalized pathways,” explains Katharine Frase, Chief Technology Officer of IBM Public Sector.

Remember Watson, IBM’s jeopardy-playing computer? In the near future, Katharine explains how that same science could allow classrooms to adapt material to each student’s individual learning needs.

Frase explains that, “if you looked at four kids' tablets you might see different things, but at the end of the section they'll have learned the same concepts.”

Yes, every student will have a digital tool.

Whether a tablet, laptop, smart phone, or something yet to be created, the idea of “one-to-one” digital teaching tools is already a focus for educators.

“Every student needs to have a device in their hands,” says Robert Daniello, principal at Lewis F. Cole Middle School. “Eliminating the idea of students carrying textbooks all the time.”

They may even carry robots, which have been, “a phenomenal success in K-12,” according to Thorpe. It provides a tangible example of abstract concepts.

“They can say oh now I understand calculus because that explains why my robot stops and why it runs into the wall or not,” he said.

But what about the way teachers instruct?

Schools in Asia have started testing robotic teachers in some schools. Could robotics and virtual reality become effective enough to replace educators?

“Some of the most intriguing lectures I've seen delivered remotely were with a holographic image of the person giving the lecture, gives sense of the person being right there in the classroom,” Thorpe explained.

But when you can learn from home, do classrooms become obsolete?

“If you have someone record the world’s greatest lecture, is that the right way to learn?” Thorpe, who has a personal history of groundbreaking research in robotics, sees MOOCS and other tech innovations as suplimental.

“They’re great for learning certain things, but they're kinda like a textbook. You still want to have other students, faculty, lab, hands-on problem solving instruction," Thorpe said.

That marriage of new tech and the human touch is emerging.

Carrie Wiederholz, a teacher at the school who has pioneered the effort in her own classroom for the past three years, explains that her students learn the beginning part of the lesson at home, via videos she posts.

“In class we do our problems and our work, like the homework you have done from a textbook or word problems,” Wiederholz said.

“Now I’m out with the kids more, I can see who’s struggling with what little piece of the problem,"Wiederholz continued.

Rather than her students struggling at home with homework, often with only their parent’s help, she is now able to separate students by skill level. Different groups will be given different material to ensure everyone is challenged and supported.

And it’s working. “I've made my tests harder over the years because they are really grasping the material,” Wiederholz said with a smile.

But we’re far from teachers being phased out by robots.

But not just any video will do. Students responded poorly when assigned lectures by teachers they didn’t know personally. So educators and experts agree: no matter the technology, humans remain pivotal to learning.

"Will a system understand a human and interact with the things that aren't said out loud the way a teacher in the classroom discerns what's going on with a student?" Frase asked. "I'm less sure."

Daniello agrees, adding, “students love having a role model. Being able to speak to someone personally…that’s just the nature of the game. There’s no way a robot will ever replace a teacher."