One-on-one: Historic look at the journey of African-American basketball in NYC, part 1 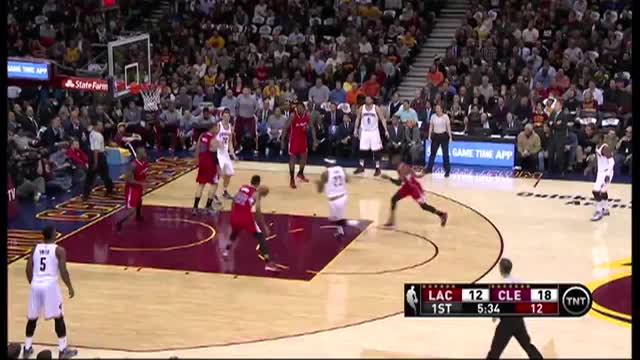 They're some of the NBA's biggest names and best players.

And with that kind of status comes a salary to match.

In fact, the NBA pays its players on average more than any other sports league in the world.

But it wasn't always like the, especially for men of color.

“They were treatin' us like slaves,” Carl Green, a former Harlem Globetrotter, said.

For well over half of its history, the story of professional basketball was not one of equality.

“I haven’t heard anybody come out and say what happened before us,” Charles Hoxie, a former Harlem Globetrotter, said.

“There was 50 years of history prior to the NBA,” Claude Johnson, founder of the Black Fives Foundation, said.

“The first game between two formally organized black teams took place here in Brooklyn," Johnson explained. "It was actually at a refurbished handball court at the corner of Gates and Knickerbocker.”

Two and half miles away, inside Barclays Center, the country's newest basketball arena, are photos of the first pay for play players of color.

“The Smart Set Athletic Club was formed in 1904," Johnson said. "In 1906 they formed the very first, African-American basketball team."

It was also the time when ballrooms, like the Renaissance in Harlem, were in full swing.

"The only way you could really listen to that kind of music was to go see a live performance at a ballroom," Johnson explained.

But that all changed with commercial radio in the 1920s.

"There were empty ballrooms, which meant that black basketball promoters who previously didn’t have a place to play cause of segregation now all of a sudden they were thinking, wait a minute, let’s put two and two together,” Johnson said.

One of those promoters was Bob Douglas.

“And he said look, if you let us play here we’ll change the name of our team to the New York Renaissance," Johnson added.

Their talent paid off.

“During the Depression, the Rens created a lucrative business model by traveling," Johnson said. “And they made money by going to small towns and big towns and arenas where people loved basketball.”

The Rens became an example for other teams nationwide, like Chicago's Savoy Big Five, a team that eventually became the Harlem Globetrotters.

"They were bad dudes man," Green said. "They weren’t taking no prisoners.”

An attitude both teams brought to the World Championship of Professional Basketball in 1939.

“The Rens won the first world championship," Green remembered. "The next year the Trotters won.”

Both teams dominated basketball through the 1940s, but there remained an all-Black league and two all-White ones.

“The National Basketball League and the Basketball Association of America," Johnson said. “Those two leagues merged in 1949 to create the NBA. They didn’t allow black players at first."

When the rules changed a year later, there were still strict limitations.

“It’s not a secret, that they were allowed two black ballplayers per team,” Mark Johnson, author and son of former NBA/Globetrotter player, said. "My father told me he wasn’t allowed to shoot the ball.”

“People think oh yeah isn’t great, the NBA became integrated but that also meant the end of something," Claude Johnson said. “It caused the Rens to have to fold financially,"

But the Globetrotters managed to survive.

Owner, Abe Saperstein, transformed the team in the 1950s.

“Globetrotters took basketball all over the world," Mark Johnson said.

“Every black kid in America wanted to play with the Trotters!" Green said.

"Winning is the most important thing about it," Hoxie said.  "You gotta win!”

Carl Green, Charles Hoxie and Mark Johnson's dad, Andy, all joined the world famous Harlem Globetrotters in the 1950s. That squad is still considered one of   the most talented pro teams ever assembled.

So, now when you watch the best of the best like, Lebron, Kobe and Carmelo, consider this...

"If those guys hadn’t been there, hadn’t set an example could there be these big NBA stars we have now?" I asked. "No!” Green replied.

WATCH 1-ON-1: Historic look at African-American basketball in NYC, Part 2

SPECIAL THANKS TO THE BLACK FIVES FOUNDATION FOR THE ARCHIVE PHOTOS.