Is it the best-kept secret path to LaGuardia? 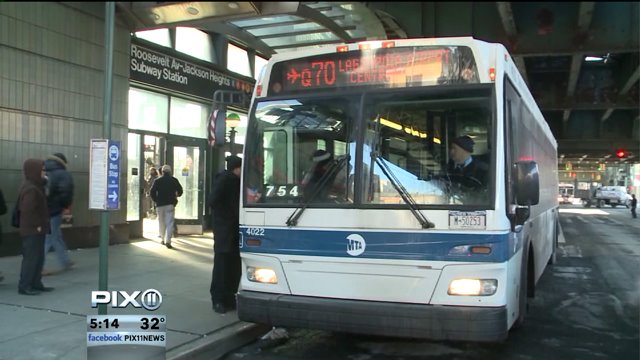 The best airports in the world are not in NYC. That's something many travelers have noticed.

Flyers want to call attention to an easier way to get to the LaGuardia.

The Q 70 with access from the 7, E, M, F, R trains in Jackson Heights and Woodside, Queens offers a one-stop ride to the airport. The MTA created the route in 2013 and reports it has a strong ridership.

Riders acknowledge having to move along the subway and then to the bus (with baggage) requires some extra effort.

Madrid-Barajas Airport was ranked 1st in the study for its airport link, with a journey time of 16 minutes from the city center and no transfers. Tied in 2nd place were Amsterdam, Dubai and Frankfurt. JFK , tied with Denver, finished last due to its 47-minute ride that included at least one transfer. LaGuardia and Newark came in second to last place, alongside Los Angeles; Istanbul Atatürk; South Korea’s Incheon; and Soekarno–Hatta in Jakarta, Indonesia.

Governor Andrew Cuomo has suggested an AirTrain from LaGuardia to the 7 train at Willets Point.