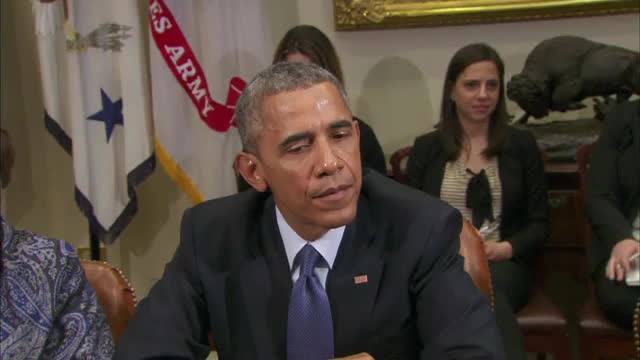 President Obama called on the world to come together to "degrade" and "ultimately defeat" ISIS.

BEIRUT (PIX11/AP) — A purported statement by the Islamic State group claims that an American female hostage has been killed in Jordanian airstrikes on the outskirts of the northern Syrian city of Raqqa, the group's main stronghold.

It identified the woman as Kayla Jean Mueller and said she was killed Friday during Muslim prayers in airstrikes that targeted "the same location for more than an hour."

It published photos allegedly of the bombed site, showing a badly-damaged three-story building in which she was allegedly being held.

American officials said they were looking into the report. The White House said it did not have immediate comment.

The statement could not be independently verified. It was reported by SITE Intelligence Group, a militant website that monitors jihadist activity.  The cited ISIS report, first published on Twitter, read:

The criminal Crusader coalition aircraft bombarded a site outside the city of ar-Raqqah today at noon while the people were performing the Friday prayer. The air assaults were continuous on the same location for more than an hour.

Allah made their pursuit disappointed and deterred their cunning, and no mujahid was injured in the bombardment, and all praise is due to Allah.

It was confirmed to us the killing of an American female hostage by fire of the shells dropped on the site, and she is Kayla Jean Mueller.

Mueller is an aid worker whose identity was never disclosed out of concerns for her safety.