Pressing the case against prosecutor 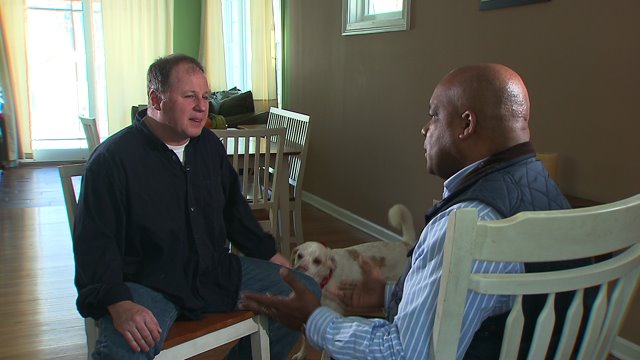 More than two months ago we revealed wrongdoing by the Bergen County Prosecutor`s office.

More than one month ago the New Jersey Attorney General Division of Criminal Justice took over the investigation.

There's one word that seems to sum up what they've done since: nothing.

"I'm not optimistic," is the way Bill Brennan puts it. The former firefighter turned attorney filed the criminal complaint against Prosecutor John Molinelli that triggered the supposed criminal probe. "I don't know that they're going to do anything about him."

We revealed that Molinelli's office made false statements in an official document so it could auction off bogus sports memorabilia at auction it had seized back in 2007. The document was signed by Molinelli's Executive Assistant Prosecutor, Frank Puccio. The falsehoods enabled Molinelli to get a no bid contract for his chosen memorabilia "authenticator"… someone with questionable reliability in the memorabilia industry.

We also reported that Molinelli never told bidders at his auctions that items had previously been rejected by top reputable authenticators even though he'd been warned about it years ago in litigation.

After our reports the prosecutor offered refunds to all purchasers, including John and Mary Slokovitz who got back more than $2,300 they'd spent at the prosecutor's auction.

"Once we found out they were forgeries you know the disappointment set in," John told us on the day they brought their bogus items back.

But we've learned that investigator Lt. Stanley Beet of the Division of Criminal Justice has not questioned a single person (outside of possibly the prosecutor's office) who raised concerns about the prosecutor's behavior. He sent an email to Mary Slokovitz that made a point of underscoring the prosecutor's refunds. When we inquired of the Attorney General's Office, all we got was a no comment.

But Bill Brennan says the refunds don't really matter. He likens the situation to a bank robber who returns his loot.

"It's as if because they gave the money back the crimes should be absolved. I don't agree with that… I'm gonna see this through until the end."

And we'll be on the story, as well.