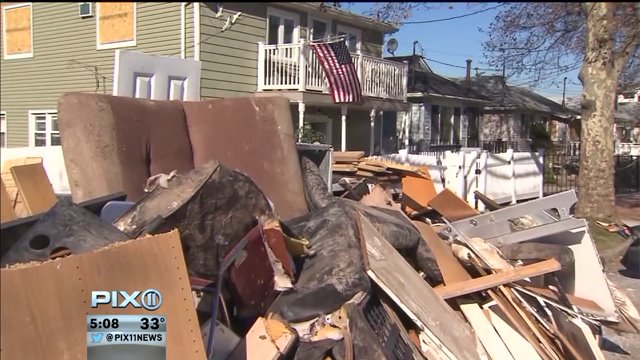 Gov. Cuomo is in the process of implementing a plan to help those devastated by Superstorm Sandy.

New York has endured nine storms that have produced federal disaster areas since 2010, which is why Cuomo took time Tuesday after the storm to tout the state’s new weather system.

Governor Cuomo's office unveiled the news of the new system as part of new weather initiative back on Jan. 7. The storm plan had the endorsement of Vice President Joe Biden.

Cuomo said Tuesday, "We'll have a much more accurate read of the weather in this state, what it's affecting, where there is heavy rainfall, where there is potential for flooding."

The total cost for for the 125 interconnected weather stations? Nearly $25 million according to the Governor's office. A spokesperson also confirmed to PIX11 News that the dollars for the project are coming out of a Sandy federal relief fund -- which means that taxpayers are picking up the tab.

On the Governor's site it also states that federal relief funds from additional storms Irene and Lee are being utilized as well.

"You want my response to that?" asked John Toto, a restaurant owner who lost his restaurant as well as his home in Sandy. In fact, Toto says he used his personal funds to rebuild his well known restaurant. "The priorities are to help the people that were victimized. I think that is the number 1 priority."

Fellow business owner Mike Graziuso agrees with Toto's assessment. "That money should have went to the people that are still in need of that fund."

As Graziuso conveyed to PIX11 News, there are still many who are far from piecing their life back together. "There is a lot of residents here that are really hurting."