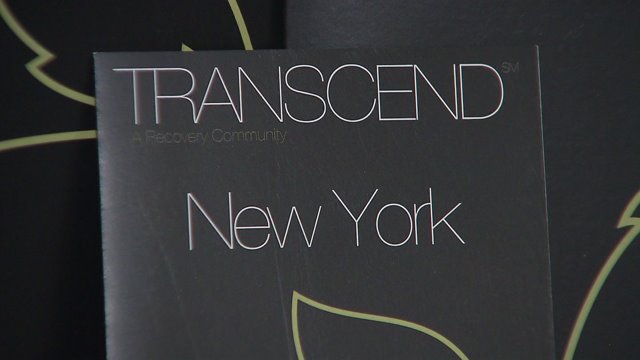 In this week`s It`s a "G" Thing, PIX11`s Mr. G visits a local facility helping addicts get a fresh start

“I was going to sleep at night hoping I wouldn’t wake up the next morning,” Benji said.

“I had an overdose and Northridge Hospital brought me back to life," Justin remembered. "I was dead for four minutes.”

It's something we hear all too often.

“My addiction was alcohol,” Marcie said.

“I specifically battled with alcoholism and drug addiction,” Justin explained.

“I was opiates, so pain pills,” Benji said.

So how is it possible that nobody intervenes for so long?

"Because to be successful in addiction, you become really good and living to lives,” Benji explained.

But for some, there comes a time when they want to take back their lives.

Which is where Transcend comes in. The sober living community provides services and housing to help in recovery.

“Having somebody say I relate to you is so comforting,” Marcie said.

But for these three, another passion helped keep them motivated.

“Running for me kind of helps me balance my whole chemistry,” Justin explained.

Marcie agreed, “It makes me energized, it makes me happy and it makes me feel like I’ve accomplished something.”

It's an outlet and a feeling they want to spread to others. So Transcend partnered with Heroes in Recovery to host their first annual 6k run in Riverside Park. They've had runs in toher parts of the country, but it's the first time in New York.

And a portion of the money raised went to Xcel University, which was started in 2007 by professional basketball player Metta World Peace, a.k.a. Ron Artest. It helps raise awareness of mental health issues and provide academic scholarships for New York City kids.

“It was important because I suffered from mental health issues,” World Peace said. “We’ve been at it for years and years and we’ve raised almost one million dollars.”

Marcie, Justin and Benji are all sober and now giving back in their own ways. They work as mentors and resources for others battling addiction.

“The best thing I can do is show them how my life is, and identify with them about where they are in their process,” Benji said.

While addiction is a lifelong battle, they know the struggle is worth it.

“Recovery has brought me a happier life," Marcie explained. "It’s helped me love myself.”

As for what gives them hope...

"The people who I talk to two years later and their son is doing remarkable,” Benji said.

"In five years I see myself, hopefully, doing this on a bigger scale and being able to help many more people throughout the country.” Justin said.

Transcend has locations in New York and California.