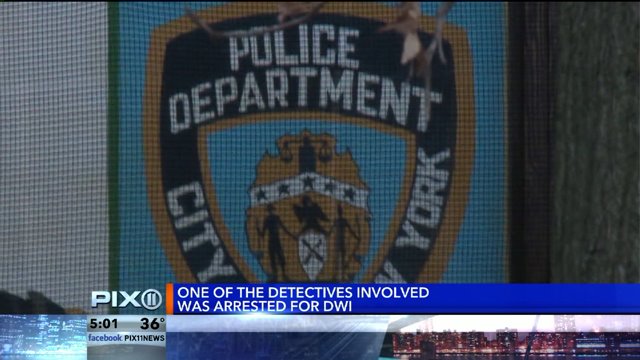 A probe is underway to examine officers out of the 67th precinct.

BROOKLYN, N.Y. (PIX11) -- "His story checked out. Every single thing he said to me checked out.  Never wavered in his story and remained consistent for over a year and a half," this is how Debbie Silberman describes her client Jeffrey Herring who she first met following a June 2013 gun arrest in East Flatbush.

The arrest was conducted by NYPD officers out of the 67th Precinct. The case had several unanswered questions including an informant who could not be produced. "The allegations made by the prosecution in this case is what stood out to me, not necessarily what he said in the fact that it seemed so unreasonable and so unbelievable," said Silberman.

Silberman, who has handled hundreds of cases for Brooklyn Defender Services, knew this one was unique.  The young defender's persistence as well a relentless pursuit for the truth shined the light on another a miscarriage of justice for the system.

"No innocent person should spend one minute of their freedom taken away," said Silberman.

Now the allegations that are surfacing is that NYPD officers involved may have planted guns in this case as well as others.  It has resulted in Brooklyn District Attorney Ken Thompson producing an investigation.

District Attorney Thompson issued the following statement to PIX11 News, “We will investigate the arrest of Mr. Herring and other arrests by these officers because of the serious questions raised by this case.”

What was the smoking gun?

Similarities in past arrests. Silberman showcased the parallels in testimony from a  2012 case.

"At the time and place, I observed a male sitting on his bike with a white plastic bag on a bike," said Silberman. "And in your case it says, I observed a man standing in front of a building with several shopping bags and a bicycle."

The nearly identical testimony appears in the Herring case.

Additionally, the Detective in the 2012 case, the same one who played a role in Silberman's case was criticized by a Brooklyn Supreme Court Judge for not willing to address questions focused on a previous DWI arrest.  To be clear, it was the detective who had been arrested for DWI, "This is an individual who arrests people.  He was involved with Mr. Herring in my case.  He himself was arrested and when confronted with it wouldn't even answer questions while testifying under oath about his own experience," said Silberman.

The defender also added that the NYPD cops involved in the latest case failed to take the stand and answer questions surrounding their investigation.

The NYPD would not answer any inquiries on the cases only issues a statement that confined an investigation by the Internal Affairs Bureau.