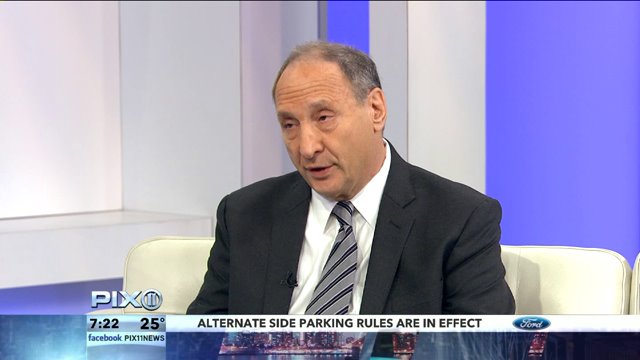 (PIX11)-- In honor of the 70th anniversary of when American, British and Russian forces liberated Auschwitz-Birkenau, a concentration camp, Bruce Ratner, chairman of the Museum of Jewish Heritage, stopped by PIX11 to discuss two events being held-- a private screening of Night Will Fall and hosting Stories of the Regeneration from the Second Generation.

The first one is Thursday, Jan. 15, when the Museum is teaming with HBO to host a private screening of the new film Night Will Fall.

Narrated by Helena Bonham Carter, directed by Andre Singer, and produced by Sally Angel and Brett Ratner, Night Will Fall reveals the previously untold story of a documentary that was made in 1945 about the American, British, and Soviet forces who liberated Nazi concentration camps.

The 1945 documentary, presented by the British government’s Ministry of Information, which included supervising director Alfred Hitchcock, drew on horrific footage by news crews at Bergen-Belsen, Dachau and Auschwitz.

Night Will Fall will debut on HBO on Monday, Jan. 26 at 9 p.m. and then will have an encore presentation on HBO 2 on Jan. 27, marking International Holocaust Remembrance Day.

The second event is Tuesday, January 27 at 7 p.m., which is International Holocaust Remembrance Day. The Museum is hosting Stories of Regeneration from the Second Generation. The free event will feature live storytelling, as children of Holocaust survivors recollect what it was like to grow up in the shadow of the Shoah.