Jamaica might be one of NYC’s hottest neighborhoods in 2015 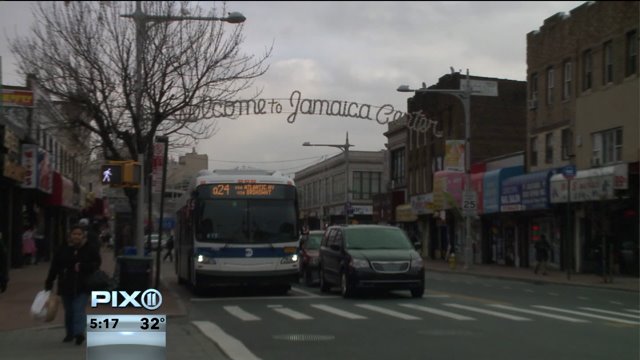 Remember when Queens was crowned America’s number one destination spot for 2015?  Well, a data scientist for StreetEasy.com said one of the borough’s more affordable neighborhoods to live in is Jamaica.

Another selling point is that it’s rich with transportation options.  It’s got the J,Z, and E subway lines, and is a hub for the LIRR.

Nick Mihalislis, who shops in Jamaica, is shocked that it is now considered a hot spot.

StreetEasy.com, citing its waterfront location, cobble streets and loft-style buildings, declared Dumbo as the number one, most in demand market for 2015.

It is also Brooklyn’s most expensive neighborhood, according to the website.

Ariel Dumas discovered just how costly it is after moving to Dumbo from Chicago.

A part of Manhattan is looking mighty attractive.  StreetEasy.com said many first time home buyers, priced out of midtown and downtown, are searching above 110th Street, and landing in West Harlem which has both thecharm of prewar buildings and new development.