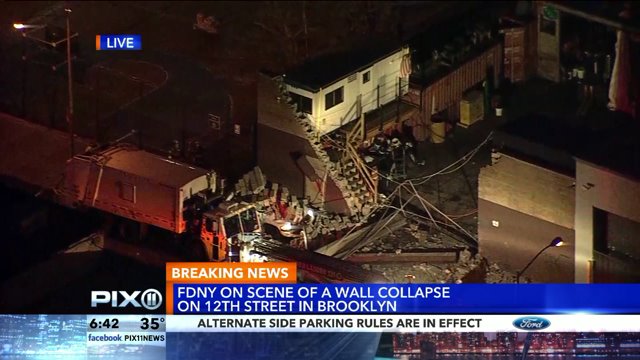 GOWANUS (PIX11)--  A wall partially collapsed in Brooklyn Tuesday morning after a truck collided with it, according to the FDNY.

It happened at 121 12th St., between Second and Third  avenues, the agency said.

There were no immediate reports of injuries.

An investigation is ongoing.