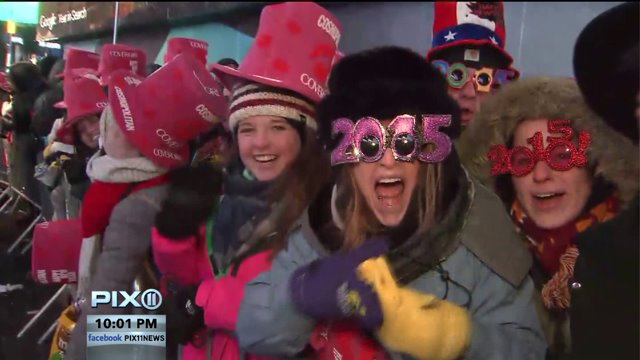 New Year`s Eve in Times Square is always an experience.

NEW YORK (AP) — There were an estimated 1 million revelers and thousands of police officers in Times Square on New Year's Eve. But another number stands out: zero tickets for low-level crimes.

That was for the entire week containing the holiday. During the busy Christmas week, the total for such infractions was 23. That compares to more than 650 summonses per week the previous year.

Times Square is a jarring example of a slowdown in low-level arrests across New York City amid tension between rank-and-file police and Mayor Bill de Blasio.

After two officers were killed Dec. 20, low-level arrests citywide dropped by more than 60 percent. Summonses were down more than 90 percent.

Police Commissioner William Bratton said Friday that officials are working "to bring things back to normal."