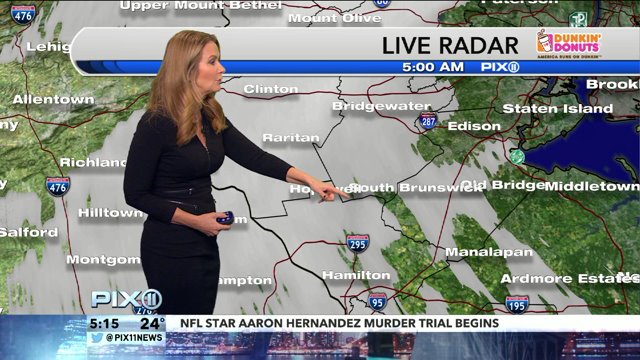 NEW YORK (PIX11) -- Fast-accumulating snow made for a treacherous Friday morning commute but the rest of the day should be dry, though temperatures will remain bitterly cold.

It began as early as 6 a.m. in New Milford, New Jersey.

A snow alert went into effect at 5 a.m. for New York City, according to the city's department of sanitation.

Concerns stemmed not from the amount of snow, but rather the time that is fell. Snowfall amounts were not expected to surpass 1 inch, though the bulk of the storm passed through during the busy morning rush hour.

Slick roads could continue to pose a problem throughout the day, and drivers are urged to give themselves extra time and travel slowly.

Because the roads are so cold from the days of frigid temperatures, any snow that fell accumulated quickly, the National Weather Service said.

That made for treacherous road conditions during the morning commute, with wind gusts of 30 to 40 mph and visibility reduced to less than a mile at times, the agency said.

Better conditions are expected for the evening commute.