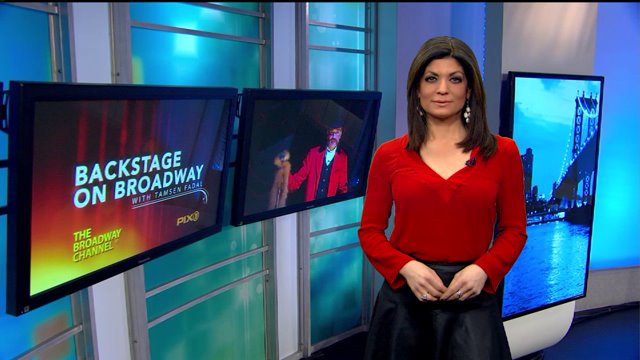 In this week`s Backstage on Broadway, PIX11`s Tamsen Fadal talks with Bryce Pinkham about how he affects lives off-stage and what show he`ll be starring in next.

“I like getting sweaty, I don’t mind saying that," Bryce Pinkham said. "[The show] is quite a workout!”

It's all laughs with Bryce Pinkham, star of A Gentleman's Guide to Love and Murder.

He plays Monty Navarro, the strangely likeable serial killer determined to climb the ranks of his wealthy family tree.

We sat down with 2014 Tony nominee to find out why he really began acting.

“I remember performing in shows as a kid because it was fun," he said. "And it was like where the cute girls were during the summer.”

Jokes aside, Pinkham's passion lies away from the bright lights of Broadway.

"Every child grows up, at least I did, dreaming of making the world a better place," Pinkham explained. "[My friend and I] had this crazy idea to found an organization that brings American artists to Madagascar to work with at-risk kids using storytelling to empower them.”

That organization is called Zara Aina, a Malagasy expression that means 'Share Life.'

“What’s so great about it is you can see a child who has been told no from many different angles of life get up on stage and hear in the form of laughter and applause, hear yes for maybe the first time in their life," Pinkham said. "And you can see the change that does for them. Using theater and imaginative storytelling can open up their mind about what might be possible.”

His giving spirit reaches from the tots to the troops. Pinkham also volunteers with Outside the Wire, a company that brings performances to our armed forces overseas.

“You come back with an incredible perspective and everything seems a little less important and a little more important at the same time and that’s how I felt going into the audition for Gentleman’s Guide,” he said. "Then when I got the role, I felt prepared to take it on in a way I don’t think I would’ve been a few years ago.”

A role alongside one of his favorite actors, Jefferson Mays.

“I still have to pinch myself every night at the curtain call when he offers me his hand," Pinkham described."We take a bow together and it’s still just very unreal.”

This actor will soon be on a different stage though, he's taking a temporary leave of absence after Sunday, January 18th to be part of a revival of The Heidi Chronicles, which also stars Elisabeth Moss and Jason Biggs.

“I’m really excited about being part of a production with a female director, a female playwright and a female leading lady," Pinkham explained. "I think that’s a really important thing for Broadway to have.”

“While all of this is incredible, and amazing, I’ve loved every minute of it, there’s another side of my life that I know also has importance, which is outside of here," he said. "It’s about creating a balance. I’m a Libra so I love balance!”