NYPD union leaders demand: ‘We wish there was a leader in City Hall again’ 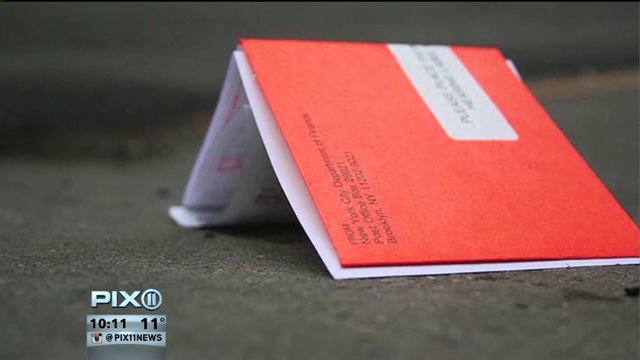 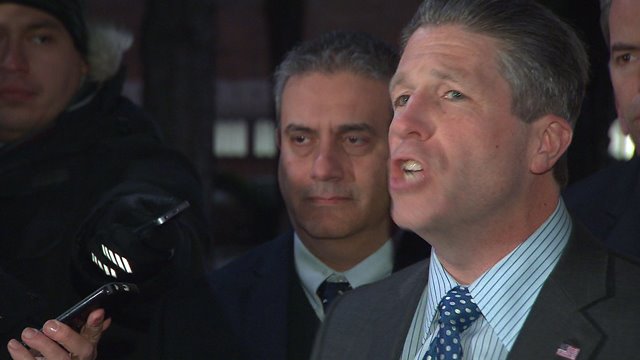 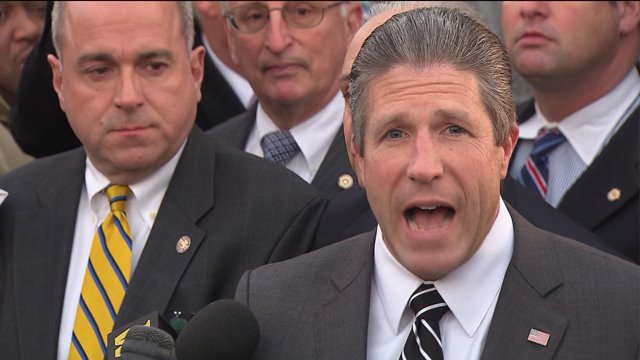 1 POLICE PLAZA, Manhattan (PIX11) -- Patrick Lynch, the fiery president of the NYPD’s Patrolmen’s Benevolent Association, emerged from a meeting Wednesday night with Commissioner William Bratton along with four other union leaders, but sounded no closer to making peace with Mayor Bill de Blasio.

“The problem was not created here in headquarters,” Lynch told a throng of reporters.  “It started in City Hall.  We don’t believe there’s a willingness on the part of City Hall to solve these problems.”

The problems are many.

Police officers have been working without a new contract for several years, and the unions have long said Bill de Blasio ran for office on an anti-police platform.  The Mayor’s supporters respond that’s simply not true, and much-needed reforms were implemented to the “stop-and-frisk” program,  which was originally initiated to take illegal guns off the streets.

When Mayor de Blasio sounded off on a grand jury’s failure to indict a Staten Island police officer for the chokehold death of Eric Garner, police officers blamed him for weeks of protests that followed, with some of their own injured in one incident on the Brooklyn Bridge.

When two officers, Rafael Ramos and Wenjian Liu, were executed in their patrol car on December 20th, tensions reached the boiling point.

Arrests plummeted 56% in the last week of 2014, and parking tickets were down 93% from the same week the year before.

But the PBA president denies there’s an orchestrated work slowdown.

“We want the public to also understand that arrests of felonies are up. Our members are doing their jobs,” Lynch said.  He pointed to the two, plainclothes officers who were shot this week in the Bronx, as their shift was ending.

“We saw our police officers who could have gone home, who could have closed their lockers at the end of their tour and ignored the radio. They did not,” Lynch said.  “They ran out and they tried to stop a robbery and they got shot for it.”

“I will be personally reaching out to Governor Andrew Cuomo,” said Sergeant Ed Mullins, president of the Sergeants’ Benevolent Association, “because right now, he’s the only one who’s leading.”

The Mayor has been repeatedly trying to show support for the NYPD in recent weeks, and swore in 891 new recruits to the police department on Wednesday, during a ceremony at Queens College in Flushing.

“You represent all that is good with New York City,” Mayor deBlasio told the class, which applauded politely for him as he took the podium.  “You’re signing up for a tough job,” the Mayor said.

“You’re joining at a momentous moment, when we need your talent, commitment and  courage.”

Last week, City Hall had requested the meeting with the union leaders and Police Commissioner at the Police Academy in Queens, but the session did not go very well.

PIX 11 News talked to Sergeant Mullins on his way into the 4 p.m. meeting at One Police Plaza called by Bratton.  Mullins said Mayor de Blasio needs to make an apology for his remarks about police officers — and for reappointing a judge on New Year’s Eve, who had freed two men arrested for making threats against cops.

Mullins had just returned from a meeting in Washington, D.C. with Dr. Alvita King, the niece of the late civil rights icon, Dr. Martin Luther King, Jr.  He said the two discussed improving police/community relations on a national level.

“The nation is watching this city,” Mullins told PIX 11 Wednesday evening.  “We’ll fix this city ourselves, and we reassure the people of New York that we’re not going to lose control of this city.  That’s not going to happen.”