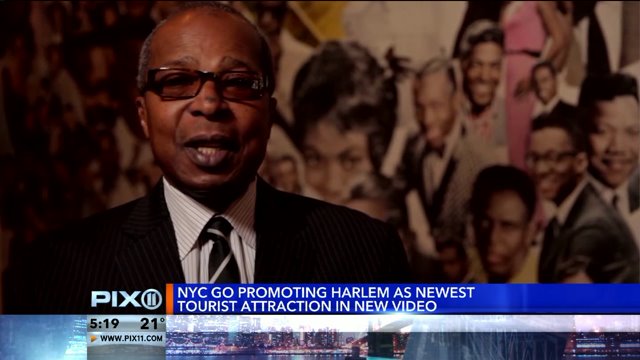 The video promotes several restaurants, the Apollo theater and even taking the A train.

NYC & Company, the city's tourism agency, released a video Wednesday highlighting all the neighborhood has to offer including restaurants, parks, museums, music venues and more.

"Harlem is known for its incredible music and lively people," renowned Chef Marcus Samuelsson said in the 2-minute-41-second video.

The tourism video also focuses on one of Harlem's biggest attractions -- the Apollo Theater, which has had appearances by Ella Fitzgerald, Stevie Wonder and Michael Jackson, among others.

"Amateur night at the Apollo Theater has launched the careers of some of America's greatest entertainers," Billy Mitchell said in the video.

Harlem's diversity, local parks and even the "A" train are also mentioned in the video.

"You must come up on the A train. Duke Ellington recommended it over 50 years ago with his song," Patricia Cruz of Harlem Stage said in the video.

NYC & Company works to maximize travel and tourism opportunities throughout the five boroughs.

"With an array of major communication channels ... NYC & Company becomes the ultimate resource for visitors and residents to find everything they need about what to do and see in New York City," the company said on its website.