Suspect in shooting of NYPD officers charged with attempted murder 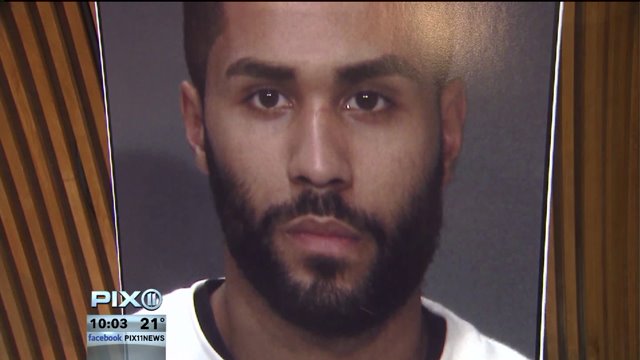 Jason Polanco has been charged with attempted murder.

NEW YORK (PIX11) -- Two men are in custody in connection with the shooting of a pair of plainclothes NYPD officers, including the suspected gunman, according to authorities.

The alleged shooter has been identified as 24-year-old Jason Polanco, according to NYPD officials.

Officials said he allegedly made anti-police comments on social media, in particular Instagram.

Members of the Fugitive Task Force were part of the team that arrested Polanco and 28-year-old Joshua Kemp. They were apprehended Tuesday in the area of Westchester Avenue and Williamsbridge Road in the Bronx, sources said.

The development came hours after police released clear, close-up surveillance footage showing one of the wanted men. Police received 29 calls to their anonymous tip line, 10 of which identified the man in the video as Polanco.

Polanco is accused of opening fire Monday night on officers Andrew Dossi, 30, and Aliro Pellerano, 38, who were searching for armed robbers who stuck up a grocery store at 363 East 180th St. in the Bronx.

The officers were in plainclothes when they saw two men walking near the scene of the robbery, police said.  It was at that moment that police believe the suspects saw them.  Although they had changed clothes and no longer fit the description, their body language caught the attention of the officers.

Polanco, ducked into a nearby Chinese restaurant on Tiebout Avenue near East 184th Street.  While he was inside, surveillance video shows him buying a Snapple. The other man who was with Polanco waited outside.

When Dossi and Pellerano approached the pair, the man inside the restaurant stormed out and began shooting, NYPD said.

Both officers -- part of a five-member anti-crime team -- were struck in the encounter.

According to sources, one of the three bullets allegedly fired by Polanco is believed to have passed through Kemp's bicep before striking one of the officers. Police said Polanco fired three times, using a powerful .44 Magnum handgun that has been traced back to a previous owner in Colorado who had it in 1984.

The gun was not stolen and police are investigating how it arrived in the Bronx.

Polanco allegedly fired twice as he ran away, stealing a white Camaro that was later found abandoned with a gun nearby.

With a gunshot wound to his back, Kemp checked himself in to an upper Manhattan hospital late Monday, police said. After questioning, he admitted to the crime.

Police also brought a third man in for questioning. He had been spotted walking with Polanco, but appears not to have been connected to the robbery and has since been cleared.

Both Kemp and Polanco have multiple prior offenses.

The shooting comes a little more than two weeks after detectives Wenjian Liu and Rafael Ramos were shot and killed while sitting in their patrol car in Brooklyn.