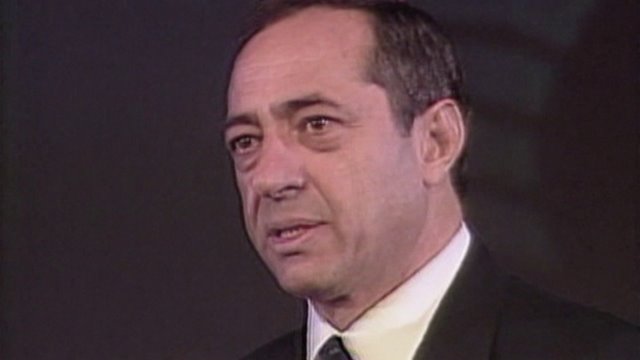 NEW YORK (PIX11) — Looking back, I have a kaleidoscope of images of Mario Cuomo, the politician, the orator who knew how to turn words into poetry, the man of compassion who spoke for the voiceless.

As a reporter, I enjoyed a good relationship with with Cuomo, dating back to 1972 when I would interview him on an almost daily basis during street protests in Forest Hills. Residents of the middle-class neighborhood were resisting plans for three 24-story low-income housing towers.  It would change the complexion of the neighborhood, they feared.  Cuomo, then a Manhattan lawyer, was tapped by Mayor John Lindsay to find a resolution. He earned the nickname Great Negotiator as he succeeded in getting the project downsized by half, and setting aside 40% of the units for elderly.

Cuomo was always direct with reporters and sometimes enjoyed toying with us in his responses. In the succeeding years, I got to interview him from time to time in his various state office positions, but got to know him better in 1977 when he ran in the Democratic mayoral primary against Ed Koch.  Cuomo lost and Koch never forgave him for campaign banners that proclaimed, “Vote for Cuomo, Not the Homo,” alluding to questions about Koch’s sexual orientation.  Cuomo denied having anything to do with it, but Koch never believed him.

In 1982 Cuomo realized his dream when he became the 52nd governor of the state.  He led New York during turbulent times, but won over the voters.

During his three terms in office I had many opportunities to interview the governor on PIX 11 News Closeup.  He relished doing these interviews, which we referred to as verbal sparring sessions. Before one broadcast we discussed the range of issues I'd be covering, noting that I had a lot of ground to cover in a short period of time.  "So you want short answers," he queried.  I told him I didn't want to inhibit him.

After the first segment he asked how he did, and I said he was a bit long, that I had a lot of ground I still wanted to cover. "Ok, I'll be a little shorter."  We began segment two a question that got a quick retort from the governor, a simple "Yes," as he looked me in the eye with a slight twinkle.  I shot back, "Would you care to expound on that governor?"

I was quite taken by his gift to communicate.  He was articulate and he was eloquent.  No where was that better demonstrated than at the Democratic National Convention in San Francisco in 1984.  His keynote address, which he almost turned down and revised some 60 times, was electrifying. It was a rebuttal of President Ronald Reagan's vision of America as a shining city on a hill.

Scholars have ranked it among the 11 top speeches of the century. Cuomo received thunderous applause.  I could feel a vibration in the huge convention hall at the Moscone Center in San Francisco.

"You certainly have a way with words," I quipped as I congratulated Cuomo afterward. His son Andrew and Tim Russert, his communications director, orchestrated the governors's presentation. The speech eclipsed that of presidential candidate Walter Mondale's.  It catapulted Cuomo onto the national stage.  Often I compare the reaction to his speech in 1984 to that of Barack Obama in 2004 at the convention in Boston.  He too electrified the crowd and went on to become president.

I long thought that Cuomo would also achieve the presidency.  He toyed with the idea during the 1988 and 1992 election cycles. He so impressed the liberal wing of the party that there were draft Cuomo movements. He seemed headed in that direction in 1991.  A plane was waiting on the tarmac in Albany that December to take him to New Hampshire to pay a $1,000 filing fee to enter that state's presidential primary.  It was nail-biter for us in the newsroom, waiting to see what he would do. Finally the plane shut down and Cuomo chose to stay in Albany because he said his priority was to deal with a fiscal crisis and  to hammer out a new state budget.

He was a politician with a conscience.  He was passionate about politics, though he was quoted as saying he had disdain for politics, which he labeled as an "ugly business."

Mario Cuomo signed a copy of his 1984 speech a decade later for Marvin Scott, inscribing it with the words "Tempus Fugit," Latin for "Time Flies." (Courtesy Marvin Scott)

Cuomo was a staunch opponent of the death penalty.  He once challenged me to tell him of one incident in which the death penalty served as a deterrent against a murder. I did -- it was the story of Burt Pugach who spent 14 years in Attica after having thugs throw lye into the face of his Linda Riss, the girlfriend who spurned him.

Originally, Pugach told me he intended to kill her.  He had stalked her building in Riverdale for several nights armed with a .38-caliber revolver. As he stood waiting for his target, he considered the possibility of getting caught and being convicted of murder. He said he had visions of being strapped into the electric chair.  The death penalty was legal back then. That vision got him to change his plan, and had the woman disfigured instead. As ironic as it sounds, after getting out of prison Burt and Linda got married.  The story did little to impress Gov. Cuomo.  On a dozen occasions he vetoed legislation to restore the death penalty.

His opposition to capital punishment was his ultimate downfall in 1994, when a little known state senator, George Pataki, ran a campaign promising to restore the death penalty.

I will always treasure the signed copy of his 1984 speech, in which 10 years later he inscribed the words "Tempus Fugit," Latin for Time Flies.  The time Mario Cuomo served this state has flown by, but the mark he has left on it will serve as his rich legacy. I, for one, will miss our verbal sparring sessions. But I'm certain it won't be long before he finds new sparring partners, the likes of Lincoln and FDR.