1 of 2 hit-and-run drivers arrested after teen killed, another hurt in the Bronx 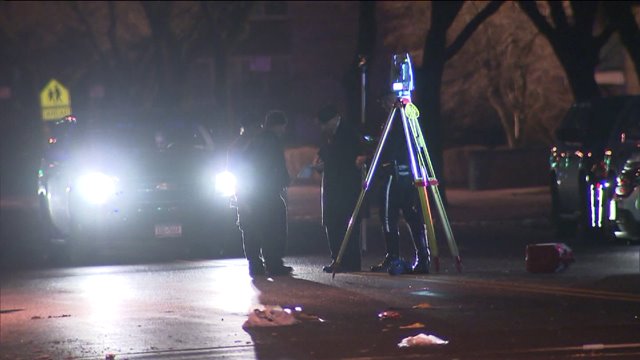 A 16-year-old boy was killed and a 15-year-old girl critically injured.

EDENWALD, Bronx (PIX11) -- One teen was killed and another is fighting for her life Monday after the pair was struck by two cars while walking in the Bronx.

Police said the teens were crossing Baychester and Crawford avenues about 5 p.m. Sunday when they were struck by a Honda Accord. One of the victims was then struck by another car driving on Baychester Avenue.

Both victims were taken to Jacobi Hospital where 16-year-old Dylon Ramirez  was pronounced dead. His 15-year-old friend is in critical condition, police said.

Both vehicles fled the scene but the driver of the Honda Accord returned shortly after and was taken into custody, investigators said.

Shawn Williams, 26, was arrested on charges of leaving the scene of an accident and reckless driving.

Police are still looking for the driver of the other vehicle.

Anyone with information is asked to call the NYPD Crime Stoppers Hotline at 1-800-577-TIPS.