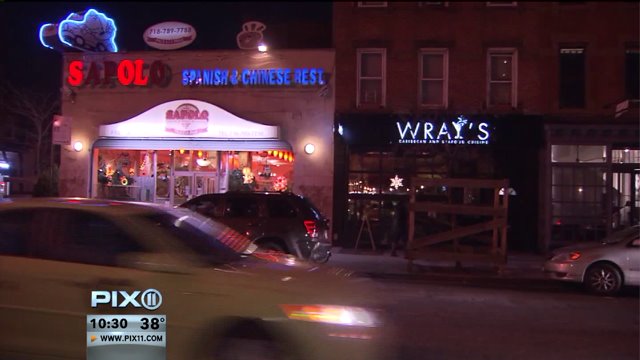 The kitchen at Wray`s Seafood in Clinton Hill is hot.

Jelani Wray recently opened a new restaurant in the trendy Brooklyn neighborhood -- and he knows this biz in NYC can be cutthroat.

"You have to think about how you're going to get people to walk into your restaurant," Wray said.

So at Wray's, the recipe for success is good food, great service, and the letter "A."

"It's important since grade school everyone wants to an "A" on their report card, so every restaurant owner probably wants the same thing as well," Wray said.

And new numbers out seem to show that restaurants across the 5 boroughs are working for the coveted letter, as Health Department violations dropped dramatically.

From January to November in 2014, inspectors noted 32,392 violations, a 13% drop from the same time period last year. And making the grade isn’t always simple.

"It's a surprise ... they just pop up on you, they have no idea whenever they are going to come."

Earlier this year, Per Se, a high end Manhattan eatery earned enough violations for a "C" rating after a health inspection.

And Dominique Ansel Bakery, home of the famed cronut, also faced tough scrutiny from the Health Department and had to temporarily close to clean up.

They took us into the kitchen at Wray's to show just how detailed any restaurant has to be to keep get and keep an "A."

Its a level of detail diners appreciate, telling PIX11 before they check out a menu, they look for that letter and then decide.

"We believe that through additional food safety education and further sensible regulatory reforms to the restaurant Letter Grade system, we can achieve an even greater drop in violations in 2015."