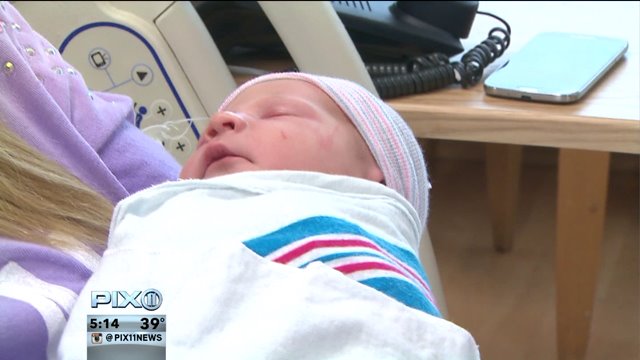 It`s the battle of the New Year`s babies! And a little guy from Brooklyn wins! Maxim Olenyukh was born at exactly midnight at Coney Island Hospital.

CONEY ISLAND, Brooklyn (PIX11) -- It’s the battle of the New Year’s babies! And a little guy from Brooklyn wins!

Maxim Olenyukh was born at exactly midnight at Coney Island Hospital. Weighing 8 pounds, 8 ounces he greeted the world as New York ushered in 2015.

His mom Olena Olenyukh was overjoyed. “I am just happy and thanks to everybody,” she said.

One second later Elias Ortega was born in The Bronx, making him the second baby born in New York City in the new year.

“I wished for it but I didn’t think it would happen,” mom Angela Ortega said. Elias weighed 7 pounds, 10 ounces.

Olenyukh said she didn’t feel competition with other New Year’s babies, just happiness. “All best wishes for all moms that have babies today.”

According to the city’s Health and Hospitals Corporation, a third baby boy was born at 12:12 am, weighing 5 lbs, 7.8 ounces.