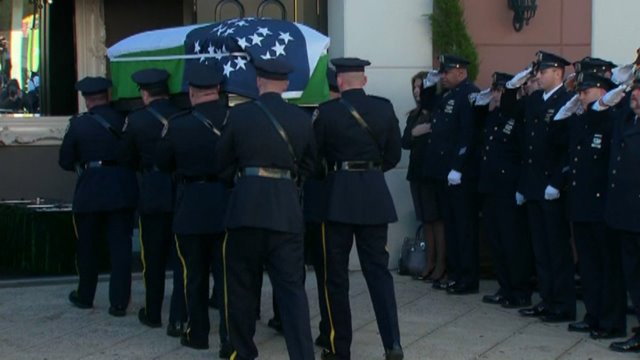 Members of the NYPD carry the casket of Officer Rafael Ramos. 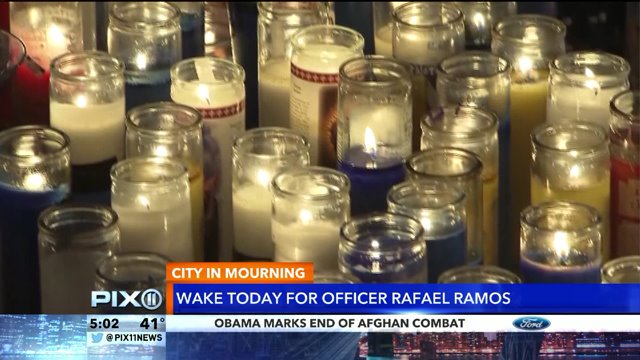 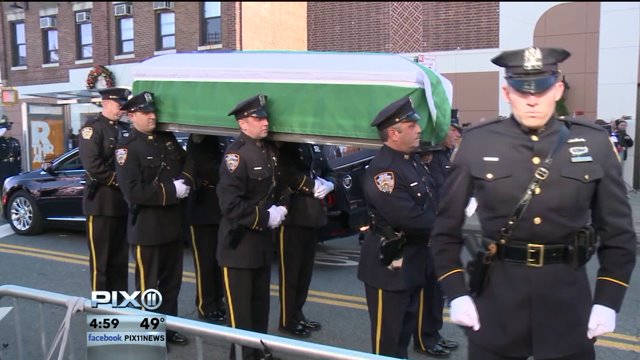 NEW YORK (AP) — The wife and two sons of a New York City policeman gunned down along with his partner have been joined by hundreds of uniformed officers at his wake.

The family of Officer Rafael Ramos and officers streamed into the Christ Tabernacle Church in the Glendale section of Queens on Friday, less than a week after the Dec. 20 killings.

The wake began soon after Ramos' flag-draped casket was carried into the church on the shoulders of six uniformed officers. Fellow officers saluted as the casket passed.

Ramos was killed in a brazen daytime ambush along with Officer Wenjian Liu as they sat in their patrol car on a Brooklyn street. The shooter later killed himself.