Calls for peace and unity invoked at Midnight Mass 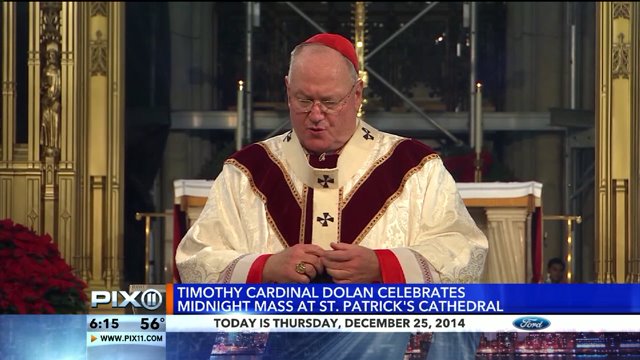 He was joined at St. Patrick’s Cathedral in Midtown by Mayor Bill de Blasio and his wife among other city leaders and hundreds of faithful.

In the wake of the slayings, Dolan called Wenjian Liu and Rafael Ramos’ Dec. 20 deaths “brutal” and “irrational.”