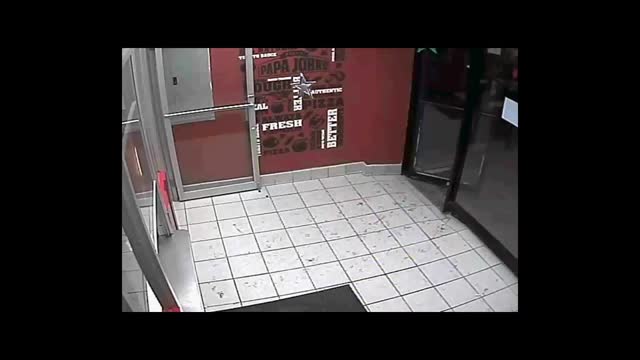 THE BRONX (PIX11) -- A pair of costume-clad thieves robbed a pizza shop at gunpoint on Halloween night and some two months later, police are asking for the public’s help to track them down.

It happened about 11 p.m. Oct. 31, but police first released images of the thieves early Wednesday.

The men allegedly visited the Papa John’s Pizza restaurant, ordered food and paid. Then they left.

Soon after, they came back, but this time they were wearing costumes and waving a handgun, police said.

Police are looking to speak with these men who patronized a Papa John's Pizza in the Bronx on Halloween, then returned wearing costumes to rob the place at gunpoint. (Photo: NYPD)

“Open the register,” they said, according to NYPD. “This isn’t a joke!”

The cashier complied and handed over $2,000, then the attackers left. No one was hurt in the heist, police said.

The subjects are described only as men in their 20s, one of whom speaks Spanish.

Anyone with information is urged to call the NYPD's anonymous Crime Stoppers Hotline at 800-577-TIPS.