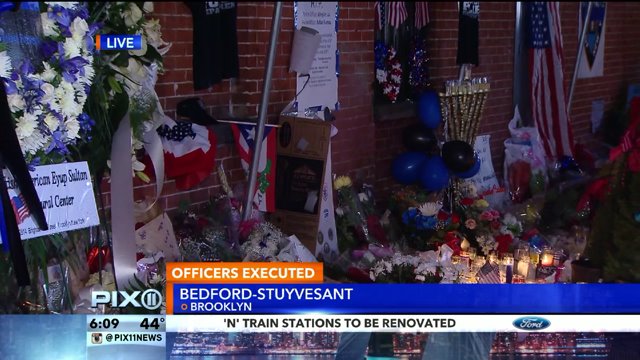 NEW YORK (PIX11) -- Organizers of the Stephen Siller Tunnel to Towers Foundation announced Tuesday that they'll be paying off the mortgages of two NYPD officers killed in the line of duty.

Frank Siller, the Chairman and CEO of the foundation overheard Governor Andrew Cuomo discussing how the family of Officer Wenjian Liu was concerned about how to pay the mortgage on their house.

Siller said it was keeping with the mission of the organization to help the families of Officer Liu and Officer Rafael Ramos.

"When my brother Stephen died on 9/11 along with 342 other firefighters, our family decided that the best way to honor his memory was by supporting first responders," said Siller.  "This--and the fact that for the last several years, Tunnel to Towers has been building 'smart homes' for those catastrophically injured in war--makes it fitting that in recognition of the sacrifice of these fallen officers, we ensure that their family homes are financially secure."

Governor Cuomo will also be assisting in helping the families pay the mortgages.

"By coming together, we help honor the memory of these fallen heroes," said Cuomo.

The Tunnel to Towers foundation will open up a section on their website at 5 p.m., to accept donations to help the families of the officers.

The mission of the foundation is to honor the sacrifice of firefighter Stephen Siller who lost his life on September 11th.

The New York Yankees have also stepped forward to help the family of Officer Ramos.

The Yankee Silver Shield Foundation will pay for the education of 13-year-old Jaden Ramos, as well as Ramos' older son who is in college.

Yankees offer to pay for sons of slain officer’s college education
Copyright 2020 Scripps Media, Inc. All rights reserved. This material may not be published, broadcast, rewritten, or redistributed.